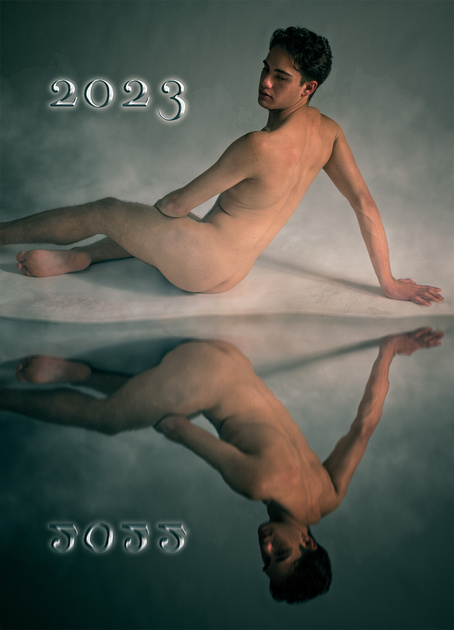 As been our tradition for several years, our first posting of the year is special.  It is reserved for a model with great promise for the coming year.

Looking over our recent roster of models and knowing who we expect to shoot again in 2023, our last model of the year seemed to be a perfect fit for the honor.

We have been friends with the 20-year-old dance and drama student from Norther California for many months now.  Luciano worked as an assistant at a studio session last summer.  After proving his skills as a reflector holder and go-for, we handed him a second camera and were delighted with his photographic eye and sense of composition.  He definitely nailed it as an assistant on the set and we plan to continue calling on him in that capacity in the future.

Possibly from observing how much fun the models were having, Lucci eventually concluded that he wanted to try working on the other side of the camera as well.  Our subsequent initial session with him in December was short and tightly squeezed into our respective, cramped holiday schedules.  It concluded with an agreement to shoot again in January.

We were as delighted with Lucci's work in front of the camera as behind it.  He earns the New Year's slot not only by virtue of the promising work to come, but in keeping with the broader cultural themes surrounding New Years celebrations, at 20 years old, he's a baby by studio standards.

He's our lead model for 2023, but let's not call him the New Year's Baby. It's certainly not fitting and besides, the demands of our cultural iconography would condemn him to walking with a cane and looking 99 by December 31st.  With luck, we may have a December 2023 session to attest to his continuing youthful looks.

So, with the promise of more to follow, we are opening the first gallery of the year, debuting our work with our newest model.

For Lucci, we suspect the new year may usher in an exciting new career as a model.  For the studio, we look forward to a New Year filled with beautiful images, toned torsos and handsome men.

We wish all the studio's fans a healthy and joyous 2023. 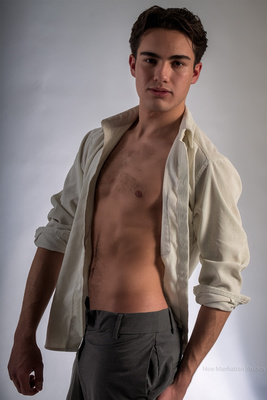