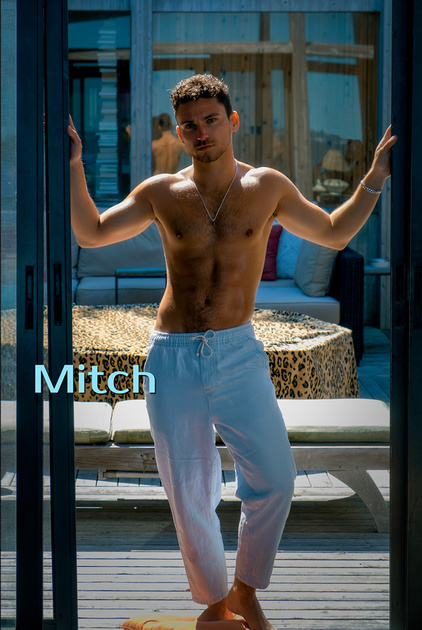 It was mid-September and unique among the studio's five trips to Fire Island.  The early fall light is amazing on the island, but it's quickly obvious why the resort closes down on Labor Day weekend.  It was a warm, sunny day, but already too cool to get into the ocean for more than just minutes.

The trip was prompted by the purchaser of a fitness/physique photo session that was donated by the studio to a silent auction for a charity on Fire Island.

A total of three models were engaged and a new studio assistant-in-training joined the day trip to the infamous gay resort community on a barrier island off the coast of Long Island, some 60 miles east of New York City.

Rarely have we spent such a length of time spent shooting. . .and never have we captured over 3,000 images by 3 different photographers of 3 models.

We spent the day shooting in two classic resort homes, in the dunes and on the beach.  Our base house was characterized by an early owner as "one of the first houses built in the Pines specifically for sex parties."  Among other amenities, it boasted a shower that could hold 12, a hot tub, multiple fireplaces and an abundance of private indoor and outdoor spaces.  The week after we shot there, a major California porn studio was renting the space for three days.  While we were having lunch, a film crew came through scoping out the premises for an episode of American Horror Story, that will be shot there next month.

There's more to tell and a lot more to edit.  For now, we'll close out the summer of 2022 with a quick tease of Mitch on Fire Island.  Come back next month to see just how different a session this was for New Manhattan Studios. 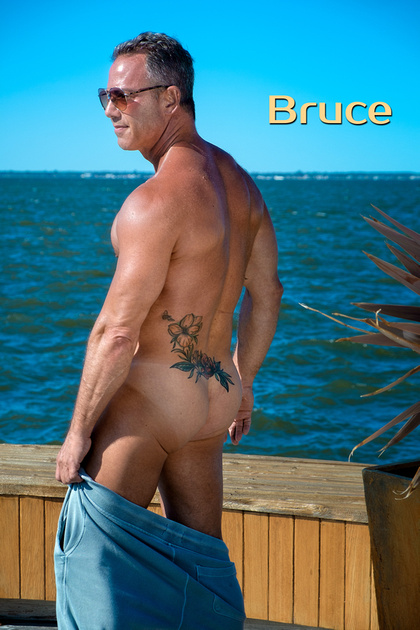 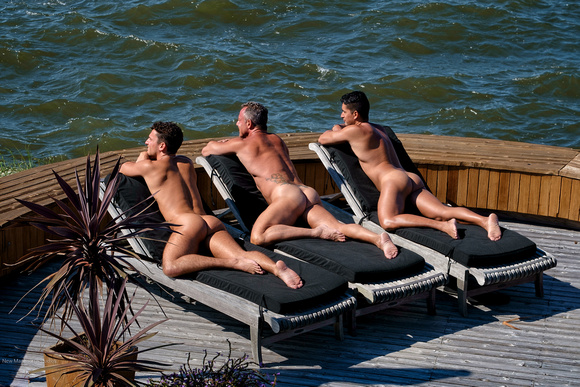