With over 100 models in the studio's portfolio, it's time for a shout-out to our Ukrainian models and the courageous and determined people of Ukraine. 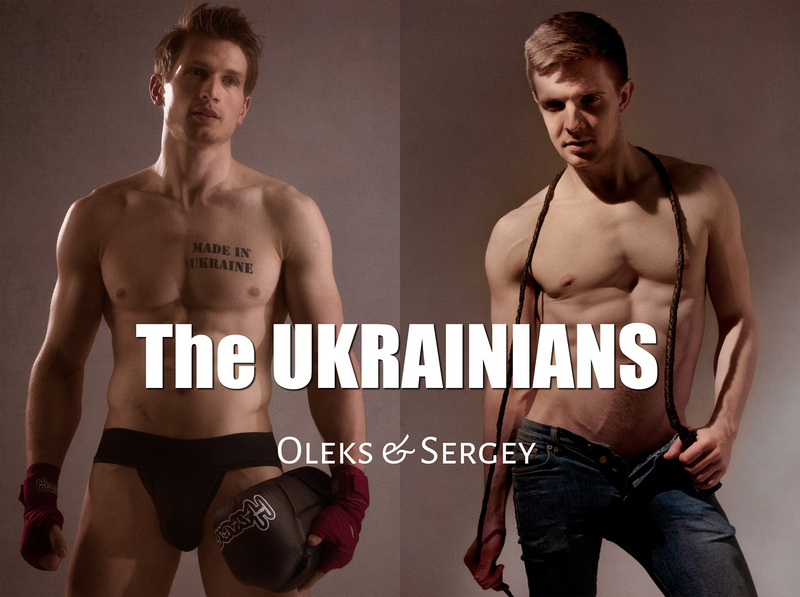 It is challenging to pay tribute to the brave citizens of Ukraine who are so valiantly defending their homeland against all odds without appearing to be crassly profiting from the situation to promote the studio's work.  That said, as photographers, we cannot think of a better way to express our solidarity with the Ukrainian cause than by featuring two of the studio's Ukrainian models.

Both Oleks Matvey (above left) and Sergey Sheptun (right) are proud, Ukrainian-born models who made their way to the United States in brighter times.  As with most immigrants, they left a lifetime of memories, friends and family and have a deep emotional connection to the events unfolding in their homeland.  They were 23 and 24 years old when the studio worked with them; both are prime examples of strong, fit, Ukrainian men.  It would be no surprise to learn that either or both have returned to Europe to engage personally in the struggle. 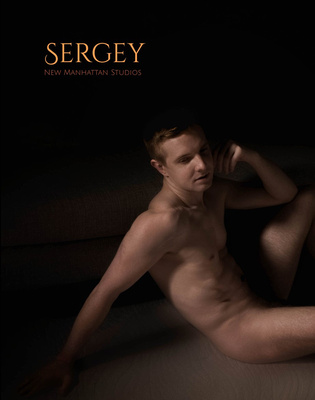 Sergey has stood in front of the studio's lights on two different occasions, and we have featured his work extensively in the past.  35 full-page images are featured in our photo essay, Sergey.   For his new 2022 gallery we have edited a collection of new images from his first session.  Using Photoshop, we have changed elements of the studio (continuous paper, walls and V-flats) to reflect the colors of the Ukrainian flag.  Sergey is still an active model who is now also an accomplished physique photographer in his own right.  You can follow him on Instagram at @serg_shepard.  The new gallery and examples from our previous work with Sergey can be found here.

A New York City runway model,
Oleks shot with the studio on five different occasions early in his modeling career.  Unlike most models but very much like many Ukrainian men, he is an avid kick-boxing fan and an accomplished boxer in the ring.  We did three studio sessions as well as a session in the ring of his boxing gym on New York's Upper East Side.  He was one of three New York models that we shot in the stables and fields of a working horse farm outside of Lancaster, Pennsylvania.  Oleks has retired from modeling and given the possibility of his taking up arms in the current battle, we refrain from providing additional links.  You can find his work with the studio here.

Ironically, the Russians outnumber the Ukrainians by 2-to1 in the studio's portfolio.  All six are splendid specimens of physically-fit, fighting-age men, captured in the carefree, innocent months and years before the current conflict.  We salute them all as models and regret the forces of history that have now drawn a line between them.  However, this is not a battle between the Russian people and the citizens of Ukraine.  This is a war of choice between an isolated group of Russian leaders and the people of Ukraine.

We side with the people of Ukraine.  We stand with the friends and family of Sergey and Oleksandr.