Music in the Soul 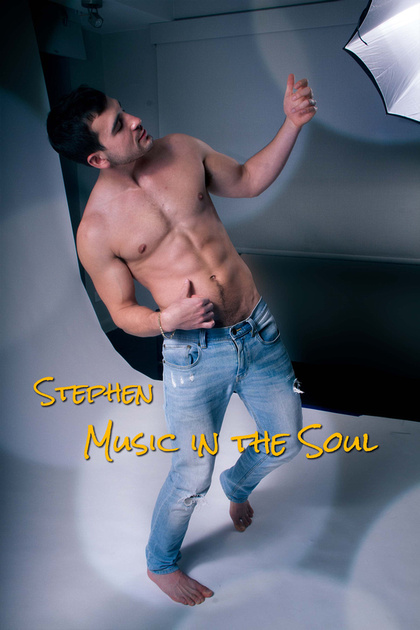 On an early December evening, Stephen, a 26-year-old aspiring (and working) actor, showed up at the studio in the good spirits of the holiday season.  I remember humming, but I can't swear to it.

As is our habit, early-on we asked the model what type of music he wanted to have playing during the session.  A discussion of the actor's broad-ranging musical interests ensued.  Not only did his tastes span a wide swath of musical styles and periods, he also shared that he is an established recording artist himself.  And with that, he pulled out an air guitar and began moving with the music in the room.

When we expressed an interest in hearing his work, Stephen turned to Alexa and asked her to play one of his songs.  He wasn't sure if it would be in the library of the streaming service then playing, but Alexa didn't hesitate and started playing his music.

Activity in the studio slowed as we listened to a soulful ballad inspired by events in the artist's own life.  The model's musical talents were as impressive and apparent as his striking physique.

It was reminiscent of a session years earlier with a model who had one of the deepest voices I've encountered.  His modeling name was Perseus; his friends nicknamed him "Dragon-boy" because of his booming, deep voice.  At dinner with the staff after his session, I told Perseus that his voice would be perfect for "Old Man River."  He responded by declaring that it was the best song ever written for his vocal range and with no further prompting, burst out singing in a full-throated, basso profondo voice.  He held nothing back.  The mid-Manhattan diner, at 10PM on a Tuesday night, went silent as the diners put down their forks and glasses to listen to a superbly professional voice.

Afterwards his impromtu performance, Perseus received a polite round of applause from the appreciative diners who resumed their meals with smiles on their faces. 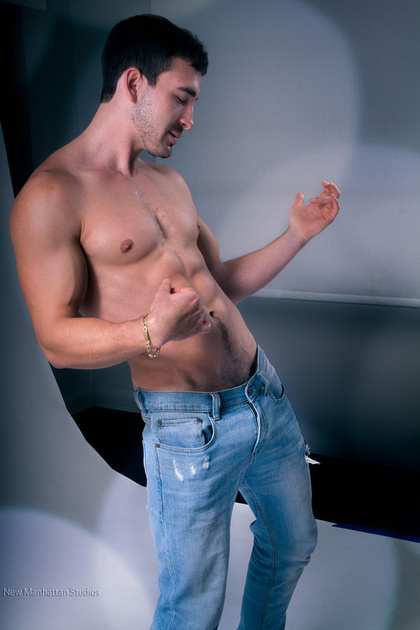 It was a quintessentially "only-in-New York" moment that I could not let pass without complimenting and questioning the model's vocal skills.  He explained that he had no special training but that music was in his DNA; his dad was a cantor in their synagogue in Texas.

When we shared the story with Stephen, he smiled and admitted to having a similar genetic connection to music.  His dad is a member of an internationally-known 20th-century rock band.  We are reluctant to share details of our models' personal lives, but if you follow the model's links on social media, you can fill in some of the blanks and hear his music.

But we had brought Stephen into the studio as a physique model, not as a singer.  He did not disappoint on either front.  With classic good looks and a chiseled torso worthy of DaVinci, he could have been a model for a gladiator on a Roman coin.  His gallery, with over 40 images, is one of the largest we have ever posted for a single session.  Enter below: