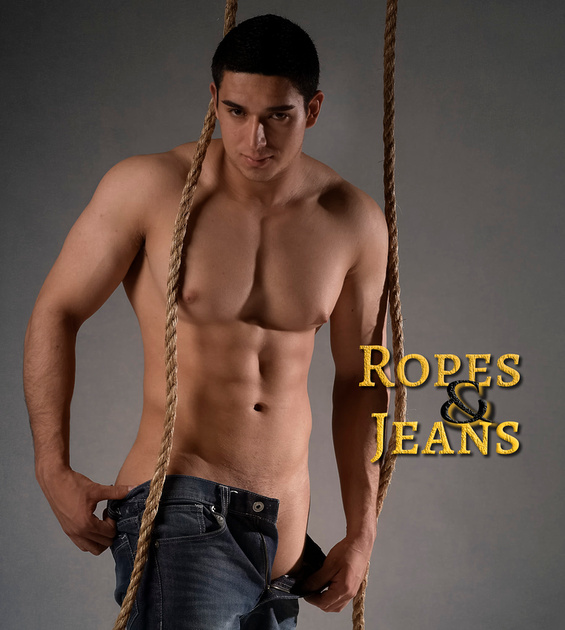 In anticipation of the studio's upcoming tenth anniversary, we have been scrolling through ten years of photo sessions in our archives.  Capturing as many shots as we do at a typical session, it is an understatement to say that on our scroll down memory lane we passed several sessions with vast amounts of unpublished work. A couple of Ricardo's sessions, done months apart, collectively contained enough unprocessed sets to fill 2 or 3 photo essays.

The new gallery we open today for Ricardo contains previously unprocessed and unreleased photos from one of what has come to be known in the studio as the "stormy" sessions.  We did two sessions with the construction worker-model a few months apart.  Both nights were stormy, rainy nights.  We even incorporated a rain theme into the second session and Stormy became the name of a photo essay that draws on works from both nights as well as a feature in Captured Shadows #3.

There's no rain in the newly-released work.  It's from the night when we were focused on ropes and jeans as props.  We processed about 2 dozen new images from the session.  They had deserved to be shared and now they have been.

More from Ricardo's Ropes and Jeans series can be found in Ricardo/Stormy, 32 pages, NSFW. 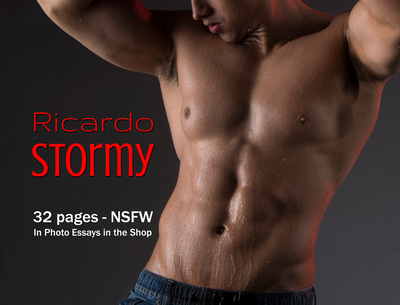