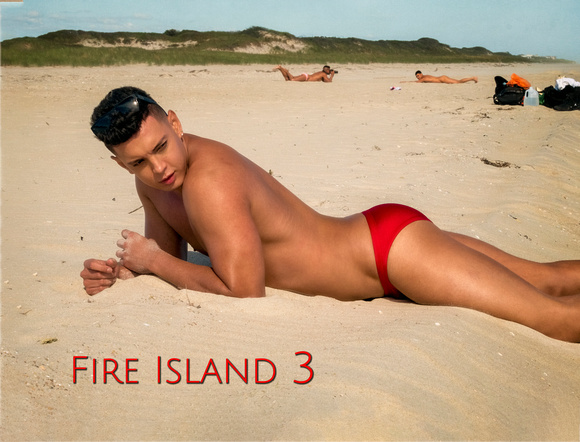 Cristian and Stephen were the two models on the sand and in front of the cameras on our most recent trip to Fire Island, the fabled gay summer resort on a barrier island about 2 hours east of New York City.

This was our fourth trip to the island to shoot in the sand, the water and the dunes.  Each trip has had its own light, from hazy to cloudy to crystal clear, giving the ocean a distinctly different personality each time. Each of the 9 models we've captured on the island has brought his own personality to the session as well.

Cristian (in the foreground at right) is the big one, well over six foot, and with an outgoing, gregarious personality to match his size.  It was the Colombian model's first trip to Fire Island and he saw just enough to decide he needs to come back.

Behind Cristian is Alex, our second cameraman, working with Stephen on the long expanse of beach leading to the East from Fire Island Pines.

We are no longer adding images to the site's Art Prints Galleries where prints of individual photos can be purchased.  Instead, we are increasingly offering photo essays in the form of instantly-downloadable PDFs from many of our modeling sessions.  We've just published "Cristian/Fire Island" that can be found in our shop. 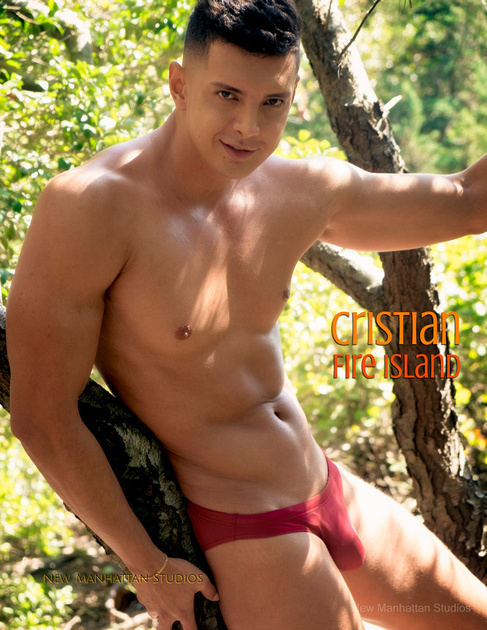