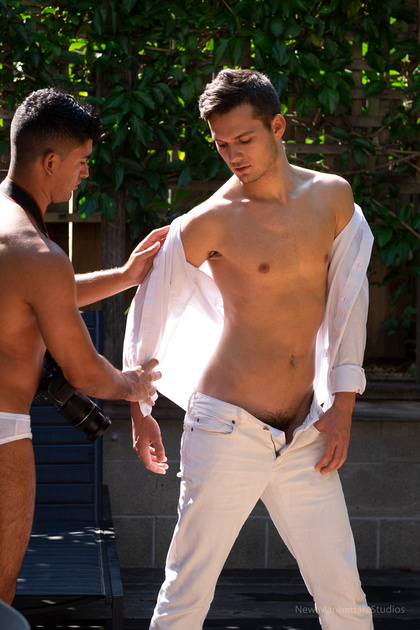 I have long joked with friends and around the studio that I could stop shooting and spend the rest of my days editing the tens of thousands of images on my hard drives.  Well the grand pandemic of 2020 may put me to the test.

As New York City emerges from its deathlike lockdown, I have been contemplating how the studio operates over the short- to mid-term future.  As previously noted, we closed down all studio operations in early March.  Until there is a vaccine or 5-minute at-home testing, I cannot conceive of resuming operations in the enclosed space that is the studio. While shooting outside would be an easy alternative, the studio's New York City location is a negative in this case. The need to get to any viable venue outside the neighborhood (or city) involves taking some form of public or semi-public transportation and degrees of risk.  Not yet.

In time, we'll get there; as much as I love editing, I love photo sessions even more.

In the meantime, we shall get caught up on a huge backlog of unedited work. Near the top of the overdue list was the second of two sessions with a California teenager, Andrew.  We had originally planned to include Andrew's session in another format, but a recent romp through his folder in search of fodder for Instagram inspired us to combine work from two very different sessions into one very steamy photo essay, Andrew2.

Our latest photo essay features work from two photo sessions taken a year apart.  Think of it a Andrew Squared.

The first of the two sessions was shot around the home of Mike Tossy and Mark Grantham in the hills above Santa Cruz.  The model, who had done his first photo session with Mark, was from the South Bay Area.  Assisting that day was Wm Weyeneth, a west coast associate and photographer, who also shot as the second cameraman.  The story of that session can be found here.

A year later the studio and model reunited for a second session in a secluded garden nestled on a hill in San Francisco's famed Castro District.  This time, the assistant and second cameraman was Alex Bustamante, a fellow model.  The two had met the summer before; when Wm and I were shooting with Andrew, Alex was working with a third photographer. 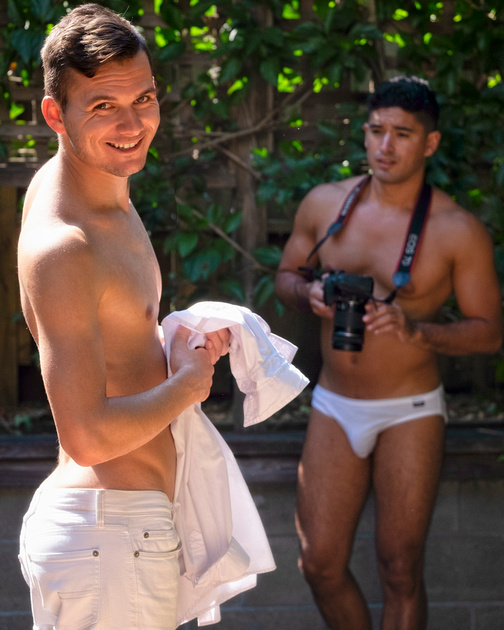 In San Francisco, the photography gods had smiled and we were blessed with an ideal September afternoon.  It's rare in San Francisco when you would want to shower outside, but this was just such a day and Andrew took his time bathing in the warm sprays of light and water.  Direct sun piercing through cloudless blue skies bounced off the water, scattering diamonds in the air, but it cast harsh shadows, too.  Alex got wet earning his salary by tracking the reflector from below to soften the shadows, but perhaps more importantly, his teasing banter appeared to inspire the model to greater things.

Together, the two sessions track this striking California model at the end of his teenage years. Andrew has since told me that he has retired from modeling and that the session in San Francisco was his last professional photo shoot.  Given that, we are happy to put to good use the first of our pandemically-induced free time to finally finish processing and publishing the photos of his last session.

Check out Andrew2 here.  And you can find photos from each of his sessions here.

Andrew's is just the first of what looks like it may be a pandemically-inspired publishing spree around here as we start tackling piles of under-attended photo sessions. We'll be posting new content for months to come, including several models whose sessions have yet to make it online.