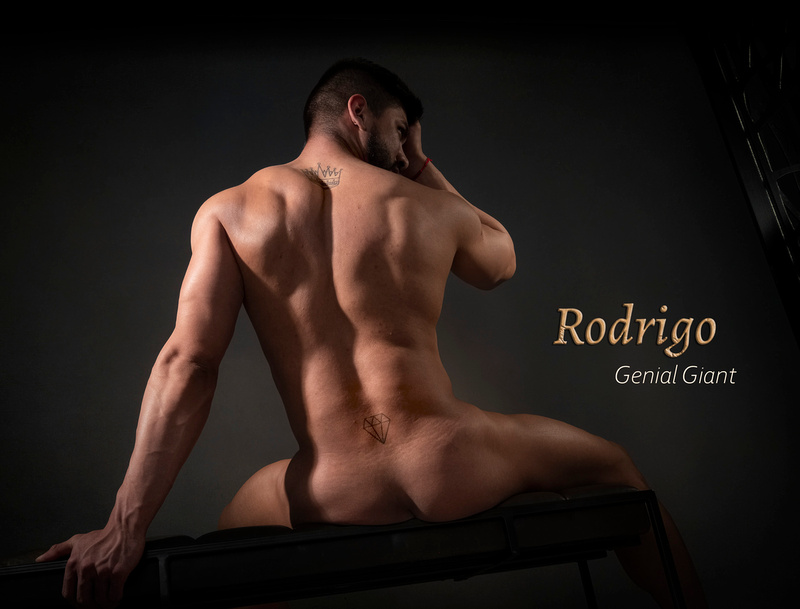 Clocking in at well over six feet, Rodrigo is a big man.  Imposing.  And with the heavy, dark facial hair he can look downright menacing under certain lighting.

But once again, looks are deceiving.  This is a gentle man, as affable and good-natured as your could want.  One of the city's many international students, his goal is to return home to become the Anderson Cooper of Mexico.
We connected with Rodrigo in the town square called Instagram; the meeting point for many of our recent models.  His was one of the last sessions before the studio ceased operations in the earliest calls to limit social interactions and halt non-essential work.
Rodrigo's blog entry has languished for most of the month of March.  Consumed by the news and uncertain how to reference the rapidly-transforming world, it remained unpublished.
It was nearly ready to go on Friday the 13th, the day I reached out to a half dozen models who had sessions booked with the studio over the next couple of months. Rodrigo had been one of them, we had planned to do a second session.
Since mid-March, life in New York City has slowly ground to a halt, a precursor for the rest of the US.  At this point, most of the country is living in place with social lives on indefinite pause.  We shelter at home, hiding from an invisible enemy.  This is not the New York we knew--nor the life any of us knew--as recently as two weeks ago.
Confident that we will make it through the difficult times ahead, the six upcoming models were pended, not cancelled.  We intend to resume working in the studio as soon as it is prudent to do so.
Rodrigo's is one of a half-dozen photo sessions working their way through the pipes here at New Manhattan Studios.  We will be debuting new work and new models for months.  With luck, the studio lights will be back on before we run out of new work.
I've long joked to friends that I have enough unedited images on my computer that I could stop shooting and continue editing for the rest of my life.  I may be put to the text, but perhaps this is just nature's way of telling me to finish the work in the can before piling on more.
Keywords: art nude, male model, physique, Rodrigo
« Previous Post Next Post »