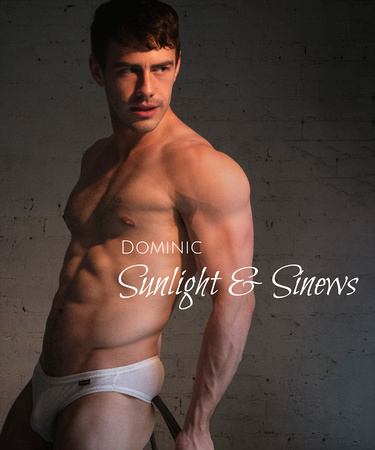 I was surprised last week when I went online searching for our posted work with Dominic.  It wasn't there!  A small handful of his images from our session with him last summer had been uploaded to a gallery on the site, but there they had languished, unannounced and incomplete for months.  There's no green theme here, but we're using St. Patrick's Day to complete the folder and release his images into the wild.

As previously noted, it was a challenging fall for the studio and many things slipped through the cracks.  Dominic should never have been one of them!  Using Instagram as a yardstick, our work with him—in particular the shots at the studio's window on Bleeker Street—includes some of the most popular images we posted last year.  (There's nothing like muscles in sunlight!)

We had the good fortune to work with Dominic in a shared studio and session with the talented Connecticut photographer, Stephen Kahrs [@stephenkahrs_2.0 and www.stephenkahrs.com].  Stephen did the legwork to schedule the model, we provided the studio.  Together we did two concurrent sessions with two photographers and two models in our relatively small studio space in an historic townhouse in SoHo.  We met the challenge by working with the models in the studio, on the roof and in the street. 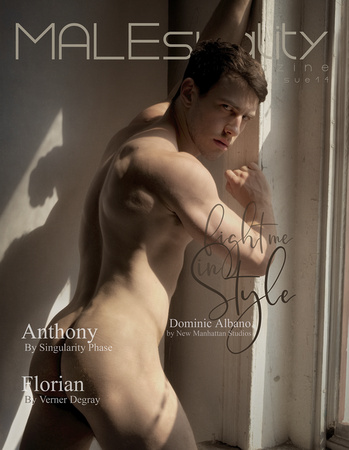 Since first posting this page, our work with Dominic has been featured on the cover of Malesuality magazine, Issue #15.  This international publication features models from all over the world and we are delighted that the studio's work has now been featured in Malesuality four times. Find all issues at MALESUALITY.COM.

In August of 2022, Dominic was tapped as the coverboy for Playgirl magazine.