At last. Realizing the Bond Fantasy 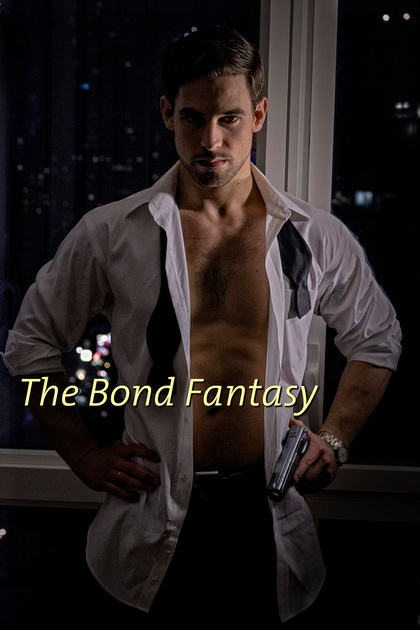 The inspiration for this collection dates back to the January night we met Bond.  At the end of what was his first professional photo shoot he chose Bond Brown as his modeling name.  Within minutes we were spinning secret agent scenarios and making plans for the next photo session.

Initially, we underestimated the ease of finding a realistic prop gun in New York City.  Other opportunities arose (see Lancaster).  Soon life got in the way of the best-laid plans and Bond moved out of New York before we could capture a secret agent session.  But since that first night, the 007 Session has remained an elusive goal, morphing from our next project into—eventually—the now-or-never session that would culminate Bond’s modeling career.

As followers of the blog and website know, after our first sessions with Bond in New York we continued to shoot with him over the years. . .in California, in Florida and eventually back in New York.  The work has appeared in Gramercy Square, the inaugural issue of Captured Shadows and three photo essays.  Our work with Bond has appeared on Favorite Hunks and in DNA.   He has been the subject of two Private Portfolio books and a third is on its way.

Bond has always been a reclusive but enthusiastic model, shunning social media, he has worked with very few photographers over his modeling years but has manifestly enjoyed the work.  Now in grad school and very much an ambitious young man getting on with his life, he took the challenge seriously.  This was the session we’d talked about for years.   He’d soon be acquiring an adult-sized, 40-hour-a-week desk and realistically, this would be his last photo session as a model.

He dedicated himself to the gym for months of serious workout and diet regimens.  Knowing that the extended, time-lapse documentation of his changing physique was coming to an end, he was determined to deliver "the buffest, sexiest Bond yet."

When we finally captured the session that we’d been nurturing since his first shoot, four years had lapsed.  It worked out well.  The boy-next-door had matured quite nicely and now fit the persona of a dashing secret agent.  It was our thirteenth session together.

In all respects, this was a special occasion, a grand finale.  We flew Bond and his GF into New York for a long weekend that included a celebratory dinner and a Broadway show with the studio's staff and crew.  (Alex, our model/assistant/stylist/photographer, has known Bond since that first night, too.)  The couple stayed in the apartment west of Times Square that we used as a shooting space.  By day, the unobstructed views from their 43rd story perch was breathtaking.  By night, the setting was iconic New York and wildly romantic.

Day or night, the space presented challenges for the photography.  The view was not entirely unobstructed.  A comparably high building across the street blocked the view to the east.  Further, it had terraces.  About half way through the morning’s shoot, our stylist noticed an admirer . . . directly across the street . . . on her balcony . . . taking pictures back at us from about 100 feet away.  We discretely switched windows.

Two walls of the room were floor-to-ceiling glass. By night, the challenge was reflections on the glass separating us from the dramatic view.  The opposite interior walls and ceiling were white.  If you were having a candlelight dinner you could appreciate the view, but turn on any lights and much of the nighttime view was obliterated by reflections of the bright white room.  Using our strobes was out of the question; they lit the place up like a lightning bolt.  Ultimately, the only light source that didn’t cast significant reflections on the glass was a reading lamp near the chair.  It was primitive and the dim light forced us to push the ISO to the max.  Some images are the worse for it but at least we could see both the model and the view.

Assisting us for the weekend was the talented stylist and makeup artist, Charles Zambrano.  When Bond saw our portfolio of Charles' body paintings, he wanted in.  In the final hours before he had to bolt for the airport, we found time for a body painting session.  This had never been part of the plans, but with paints, stencils and brushes in hand, Charles realized Bond as the dashing secret agent in his trademark tuxedo . . . in body paint.

Every model that has done a body painting session with Charles has enjoyed the experience.  Bond was no exception but that’s the topic for the next blog entry and a separate behind-the-scenes photo essay, Painting a Secret Agent.

We have uploaded over four dozen photos from the session to new online galleries and have released the latest studio publication.  Bond/Manhattan, a new three-part photo essay, features a collection of 60+ images from Bond's final photo session, including Bond as the secret agent (in the flesh and in the paint) as well as a very special NSFW morning session with Bond high above Manhattan and on top of the world, a fitting finale to a long modeling career. 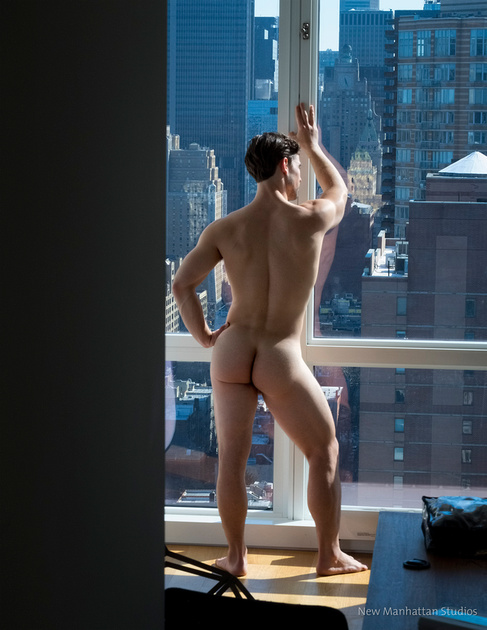 After thirteen photo sessions, rest assured that we have not seen the last of Bond.  We still have mounds of raw files that have never been released.  And—if the modeling Gods smile on us—Bond might make it back to the East Coast one more time before he starts his new job.  With luck there just might be one more session with this model before he moves on to his inevitable adult life.