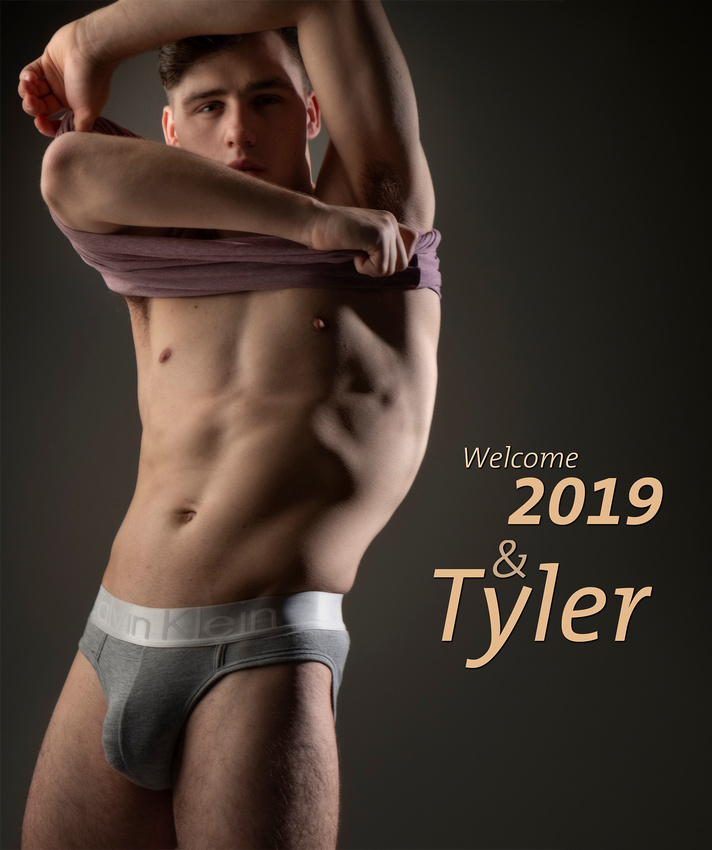 At this time of year it is customary to reflect back and to look forward.

It's also a studio tradition to choose a noteworthy model for the first posting of the year.

If the image of the stereotypical seasonal image is the New Year’s Baby, Tyler was the obvious choice this year; he’s brand new to modeling.  He hadn’t done a professional photo session until we connected on Instagram in the fall.  His unabashed enthusiasm for the work reminds us of another model who holds both the distinction of the first model posted in 2014 and also the first model posted in the blog.

Like other models who've been tapped as our New Year's Man, we hope to be seeing more of Tyler over the course of the coming year.

Reflecting back. . .my period of convalescence this fall was not an entirely lost cause.  While the studio ceased shooting for several months, we turned our attention to the collections of images past that have long been waiting for their due attention.  We have been actively curating and publishing content at a rapid clip.  Two new private portfolios have been published and the studio's new series of photo essays now includes five themed photo collections with featured models.  More publications are in the works and new photo sessions are scheduled to begin shortly.