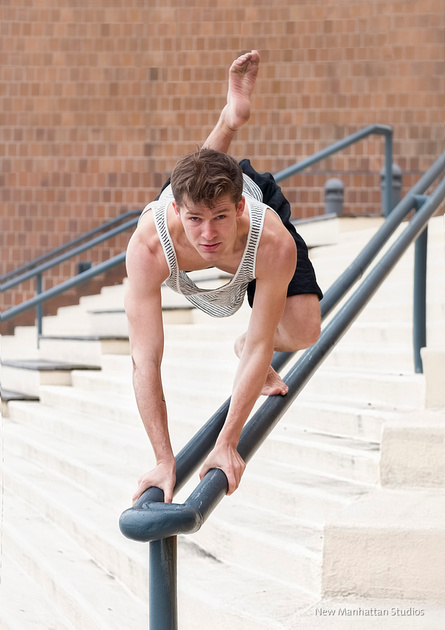 Benjamin first appeared in our studio off the Bowery on a cold winter's night.  It's fitting we kick off the year with a session born in the dead of winter.  It was dead.  And it was cold; especially in the drafty old townhouse/studio down on the Bowery.

Benjamin was one of the more frenetic models that we could recall shooting. Reviewing the work as I downloaded the images to my PC, I was surprised to see goosebumps on the model in several pictures.  No wonder he wanted to keep moving!  In texts later that month we agreed that he would come back under more agreeable conditions.

We seized the opportunity to make good on the"conditions" promise a few weeks later on one of the city's first delightful spring days.

Just out of school at 22, Benjamin is new to the city.  I was curious to check out a possible shooting space along the East River and as we started out, I told him that we were heading to an isolated complex of towers and plazas that few New Yorkers have ever ventured into.  Built on stilts and landfill over the East River, pedestrian access to these residential, school, and commercial buildings is by a single pedestrian bridge over a highway. Benjamin stunned me by announcing that not only had he been there before, it had been his first home in New York City.

Benjamin hadn't been back "home" in months and his exuberance is captured in some of the work.  Behind him (below) is the new skyline of Long Island City across the river.  Yes.  Long Island City!

We weren't exactly being discrete and with a 400 mm lens hanging off my camera, we didn't look like residents or tourists taking in the view.  Lacking a film permit, we were eventually chased off the private property but not before Benjamin was able stroll past the front door to his first New York home.  Like most New Yorkers, he has no reason to cross the pedestrian bridge over the highway to reach this enclave nestled on the East River.  He hadn't been back since he'd moved out.

As is traditional, our first model each year is one that we expect to see more of in the coming year.  Benjamin is exemplary of several new models that we've shot in the SoHo studios that will be appearing in 2018.  And we are already talking of having Benjamin back.  We hope you will be seeing more over time.  And over 2018.

Meanwhile, check out Benjamin's gallery here.  We've added some new content since it previewed a couple of days ago and now there are a number of images in the art prints gallery as well. 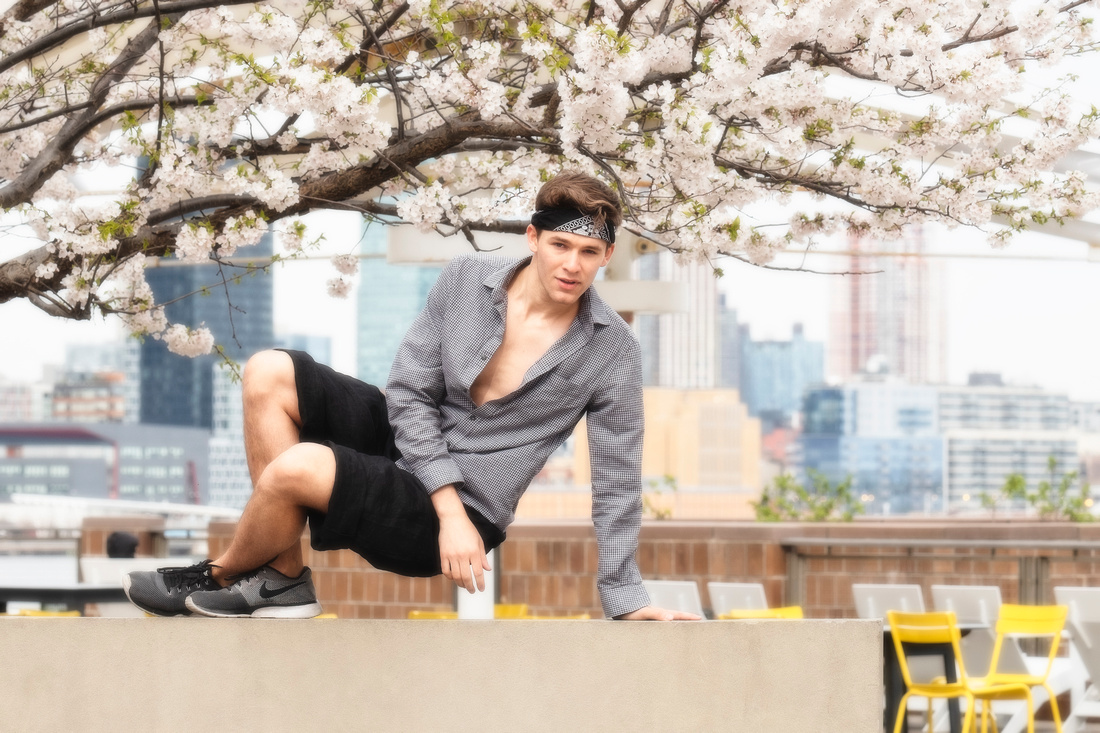