Breaking the Silence with Benjamin 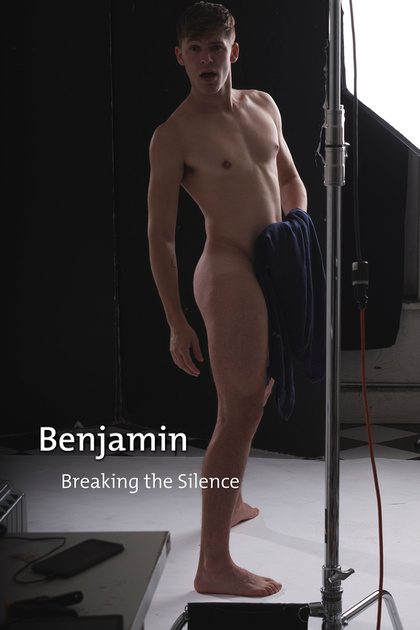 It is impossible to restart the conversation after so many months without an explanation as to the dearth of blog postings in recent months.  It is time to acknowledge some underlying forces that have been in play for much of the past year.

When the studio ceased its commercial business at the end of 2016, we began refocusing our work and, freed from clients, altering long-standing workflows.  The refocusing of our work is a discussion for another day; the altered work flow has directly impacted the here and now of blog postings.

Today, after the preparation of an initial “Instagram set” (a half dozen pictures given to a model shortly after his session), the session folder remains open.  We continue to process images as needs arise and the work in a model’s folder fills out quickly over two or three months.

The accumulation and selection of random images is driven by publishing projects or the need for promotional content on social media.  When a critical mass has been reached (typically a dozen or more photos), we have been opening public galleries on our website with the edited work under the model’s name.  You will find that several such galleries have been opened, quietly, since the last blog post.

We have refrained from promoting such new work with blog postings because the galleries were never complete.  We continue to add additional work.

In reality, galleries will no longer again be “complete” in the sense that they were once closed and fixed collections of the best work from the session.  New work is always being added, often very different from what may have appeared in the first weeks or months.

The “big picture” is that this phenomenon doesn’t just apply to recent photo sessions; new work has been appearing in many of the older galleries on the website as well. As the studio feeds the maw of social media, we revisit old folders, finding undiscovered new gems worth editing.

How to deal with the altered work flow and best promote the new content being uploaded to the site is the dilemma that has halted blog postings.

For the time being, we have decided to resume announcing new models on the website.  We will draw attention to the fact that their galleries are works-in-progress.  New content can be added at any time and will often be seen first on our Instagram feed.

We continue to explore how to best reflect shifts in the studio’s oeuvre in the organization of the site, but that’s a discussion for another day.  It’s time to get back to the models.  We’ll be back-dating some of the blog posts so roughly reflect the time their galleries went public.

To that end, Benjamin, above, is the teaser for all the new men coming in 2018.  Announcements of more new models and work will be posted in the coming days.  We have catching up to do.

First, check out Benjamin's gallery here.   Remember to return from time to time to as more images will be added to the gallery.