From European Runways to New York 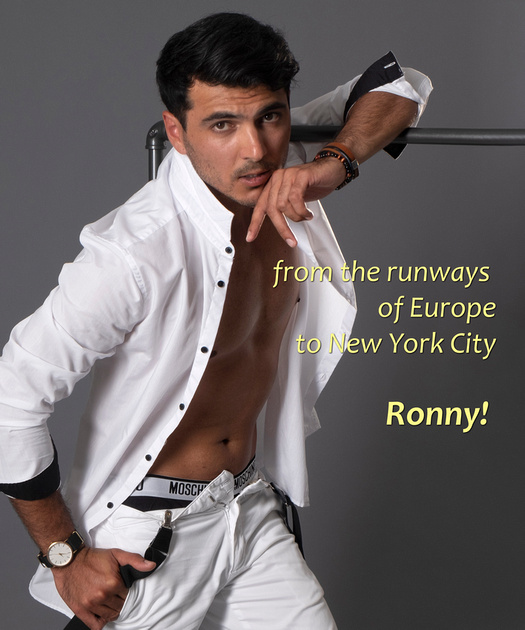 We struck up a conversation on Instagram.  Ronnie, a European runway model, had recently arrived in New York City from his native Germany.

An avid fitness buff, he spends hours in the gym each week and in "off time" chases around the city, exploring the haunts and venues of his generaton. He's heeded the admonition that everyone should live in New York City once [and leave before it hardens them] and has seized this as his moment. You can follow his exploits on Instagram @ronnyclooney

We worked with Ronny in midsummer and he is one of several models who've arrived quietly on the website as we have opened and slowly added images to his gallery over a couple of months. We are proud to be officially debuting our work with this young model, you can find his gallery here.