Homecoming to a New Neighborhood

In the last post we promised to share some pictures of the neighborhood around our springtime studio along with some current shots of one of the studio's most popular models, one who has been missing in action for a year and a half.  His absence reflects only the busy schedule of a young man very much in the process of getting on with his life.  From the enthusiasm shown, in no way has his passion for modeling waned. 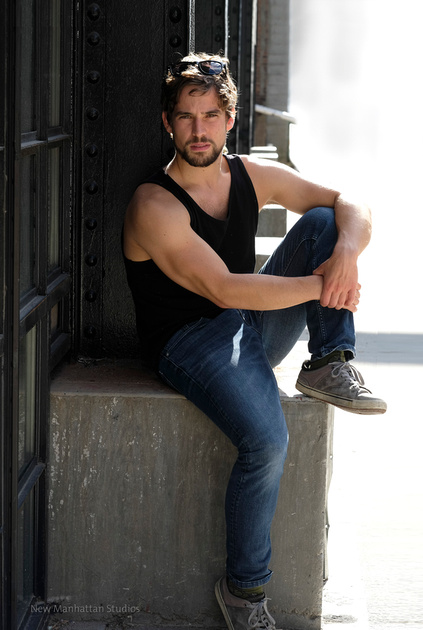 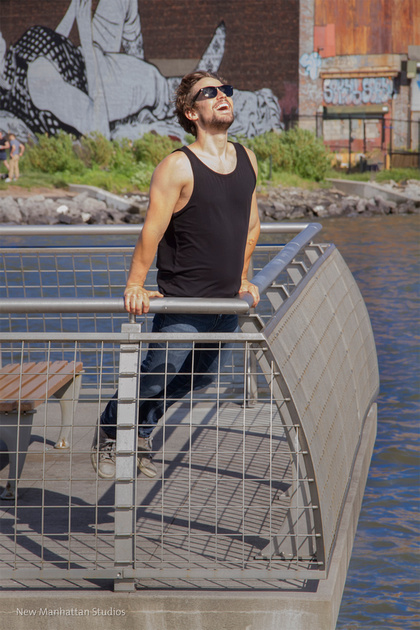 The model is Bond.  He was in town last week, passing through New York on his way to Iceland.  He had an afternoon to make what may be the first of 2 appearances in the studio this year and what we hope will be 3 appearances before the studio's cameras in 2017.  This marks the Studio's first work with the model since Bond:  Private Portfolio 2 and his first modeling sessions since starting grad school in Southern California last year.

We completed our first 2017 session with Bond on a spring break in Fort Lauderdale.  Over the years we have made various grooming demands prior to our shoots and, trooper that he is, Bond has met all requests with scissors and razors (or the lack thereof).  In Florida, in March, he had obliged us by trimming off his facial hair just days before the shoot but NOT cutting his hair for the previous six months. When we heard that the GF had been on his case to get his hair cut, we decided to give him a break for this most recent shoot in Brooklyn.   We made no demands whatsoever and he appeared at our door as you see him here.  This is the real deal, this is Bond as you will encounter him around school today (or in Iceland in June).

It seemed appropriate that Bond be the first model that we shot "behind the barn" at our new studio space in a building along the historic Brooklyn waterfront.  Back in January of 2014, Bond had been the first model in our home in Long Island City.  Three and a half years later, we jointly christened some of the industrial and waterfront venues around a studio in Greenpoint, Brooklyn.  The studio that will be our home for a few months is housed in a converted industrial building from the late 1880s that is typical of the massive brick warehouses and factories that once lined the waterfront directly across the East River from midtown Manhattan.

Today the old working-class, waterfront neighborhood, just north of Williamsburg (the hottest of Brooklyn's trendy neighborhoods), is undergoing rapid gentrification that is putting pressure on the artists, artisans, craftsmen and photographers in the area.  It's déjà vu all over again, as New Yorker Yogi Berra would have said.  Many of the creative community that have helped turn Greenpoint into such a trendy neighborhood had previously been priced out of Manhattan.

It's a familiar pattern in the city's post World War II-development.  The displacement and regeneration of creative communities is an ongoing cycle driven by gentrification.  The galleries/artists/artisans that flock to low-rent districts eventually, by their number, set the forces of gentrification into motion that will eventually drive the rents up and the initial tenants out.  Today in Greenpoint, historic waterfront buildings, long abandoned of life and value, are filling with start-ups, tech companies (think Kickstarter, headquarted across the street) and expensive condominium make-overs.  Most of the hulking brick buildings along the 10-block waterfront fall into two categories:  those being converted into luxury loft apartments or those being torn down to make way for a new high-rise residential towers with million-dollar views of midtown Manhattan across the East River, as in the view below. 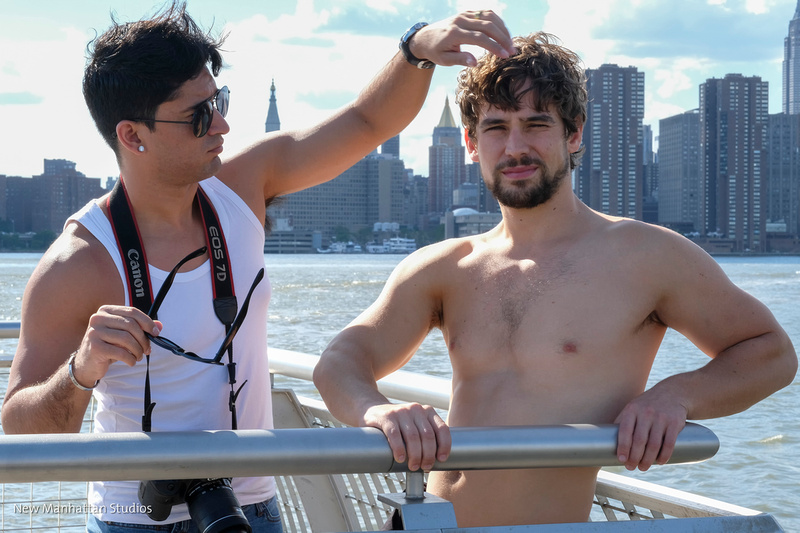 We will not last long in this neighborhood, but it's nice to know that the space behind the studio is not likely to change.  It has already been converted into a waterfront park with a new pedestrian pier jutting out hundreds of yards into the East River.  The shot on the top left was taken in an ally adjacent to the studio and on the top right you'll find Bond doing his titanic best to find a fitting pose on the new pier.  Immediately above, Alex preps Bond for the camera and in the shot below you can see Bond with a restaurant-bar-barge and encroaching development behind him.

We are holding off formally opening a new gallery with Bond's 2017 photo sessions until more work has been processed.  But as several images have already appeared on the studio's Instagram feed, it's time to make room for some new Bond shots on the website.  A Preview Folder can now be found in Bond's gallery.  You'll find work from both the Fort Lauderdale and Brooklyn sessions.  From time to time we will drop new edits into the folder.

By the end of the summer, BOND 2017 should be coming online.  Be notified when it happens by subscribing to the blog using the button at the bottom of the page.