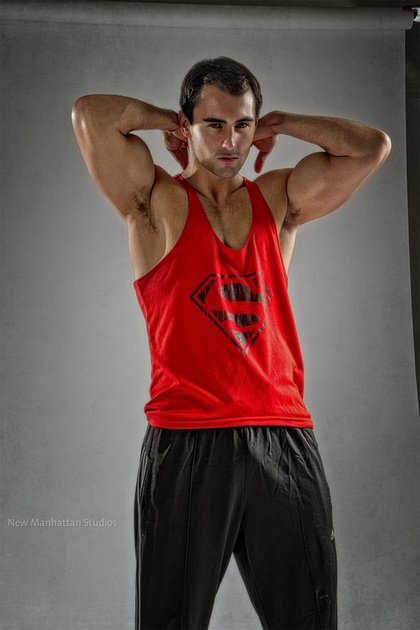 At the risk of provoking political backlash in 2017, we pay homage to the 1966 comedy, The Russians Are Coming! The Russians Are Coming! a delightful period piece satirizing life in an era when fear of Russia was paramount in American minds and culture.  In addition to a few good laughs at the expense of our overzealous national paranoias, the movie provided a breakthrough role for 60s' heartthrob, John Philip Law, who went on to star opposite Jane Fonda in Barbarella, an action adventure with more flesh than plot.

Whether or not the phrase once again conjures images of cold war and espionage, the Russians are coming! is an apt description of the studio's schedule in recent months.  We are happy to report that our Russians are every bit as cute as the young Mr. Law; all accomplished physique models proud to display ample amounts of chiseled flesh.

Reflecting the sizable Russian and European immigrant communities in metropolitan New York and a constant flow of international models passing through the city, the studio has an exceptionally high percentage of East European models in its portfolio, with models representing Ukraine, Belarus, Hungary and Poland.  But the Russians?  We now have five.

Ivan is the first of two Russians whose work we are debuting this month and the third Russian we have added to the portfolio this year.

Ivan.  It doesn't get more Russian than that.  This first-generation Russian-American holds a day job as a construction project manager in New Jersey while pursing acting and modeling gigs in the city (when not working out).  The facial hair (which came off a third of the way into our session) is all about giving some "gravitas" to this 20-something who supervises a largely-older construction crew.  Our photo session was to compliment each others' portfolios.  We trust you'll agree that Ivan's gallery is an asset to the studio's portfolio.  His torso is one of the most impressive physiques we've photographed since our last Russian model, Roman.

In addition to two dozen shots in Ivan's Gallery, you'll find an additional collection of contemporary physique art featuring Ivan in the Recent Additions section of our Fine Art Galleries.

Be sure to come back next week for our third Russian (and second Roman).

[BELOW:  IVAN WITH ALEX, THE STUDIO'S STYLIST/PHOTOGRAPHER] 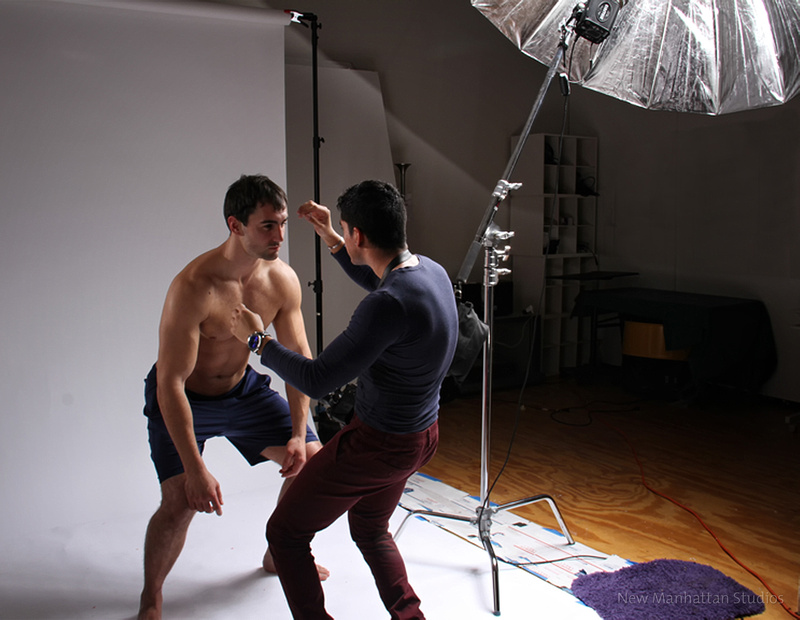