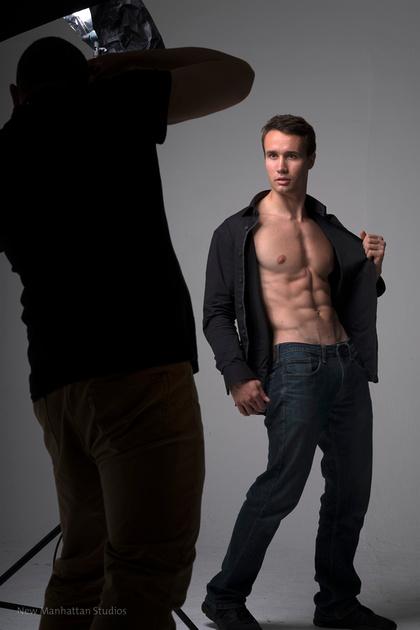 Roman is not a common name.  Not in New York, at least.  I found it amusing that out of the 80-or-so models who currently have galleries on our site, we now have two Romans.

Apparently it's a much more common name in Russia.  Both our Romans are Russians.  Together they comprise two-thirds of the Russians in our portfolio.

Our latest Roman, the 24-year-old fitness model, Roman Bekker, shall henceforth be referred to as Roman 2 at New Manhattan Studios.  He joins fellow Russians Roman Khodorov (another fitness model) and Dzmitriy Moon (a fashion model with A&F to his credits).  We could play this game all night, apparently.  Dzmitriy is the original Russian on the site but the second Dzmitry.  He joins DZmitry Patuk, a European fashion and fitness model from Belarus.

Roman 2's session this month marked our first outing in a new home for the studio in Greenpoint, Brooklyn.  As with our previous space in Long Island City, this is one of the city's trendier nabes where the likes of Kickstarter mix it up with various tech and green companies in an old working-class neighborhood.  True to the style of the millenials who populate the area, our new home, in a Civil-War era rope factory on the Brooklyn waterfront, could easily be confused with a loft building south of Market in San Francisco.  With spacious, well-lit hallways, communal lounges and bicycle rooms on every floor, all traces of the grim Victorian-era sweatshop have been vanished in an amazingly well-preserved architectural gem that dates to the late 1800s.  In a shoot scheduled for June first, we will be working outside the building and hope to soon have pictures of the neighborhood to share.

Of note, Roman's session was a joint photo shoot with our friend Keith Ingram (left), a talented photographer from San Francisco who shot with us in Hollywood last fall.  (More about that, later.)  Keith had separately arranged to work with Roman on his trip to New York and when he had the opportunity to extend his session with the model into a second day, I offered the studio space.  Amusingly, I already had Roman's name penciled in on the calendar at New Manhattan Studios.  Later this summer we plan to do a session together with the body painter Charles Zambrano.  (More about that later, too.)

We certainly hope to be adding more to Roman 2's folders in the future.  In the meantime, a gallery of his first session with the studio can be found here.  Additional images have been added to the "Recent Work" section of the Fine Art Galleries.

Not to be evasive, the session on June first is with one of the studio's most popular models, Bond.  He passes through New York on his way to Iceland and will be the second model in the new space.  This will be our second session with Bond in 2017.  You can find previews of the new work on our Instagram feed.  Bond's new galleries are coming soon.  Stay tuned for more on those Hollywood sessions, too!  Subscribe to the blog's RSS feed using the button at the bottom left and don't miss the updates.

UPDATE:   Roman returned for a body painting session with Charles Zambrano, the NYC makeup and body-painting artist.  Images from all of Roman's sessions with the studio are featured in Captured Shadows #5, which also includes Bond's above-referenced session. 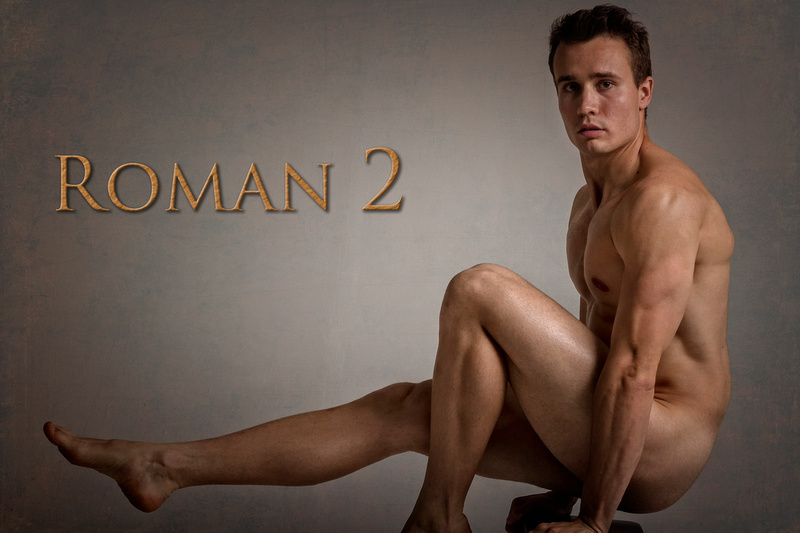