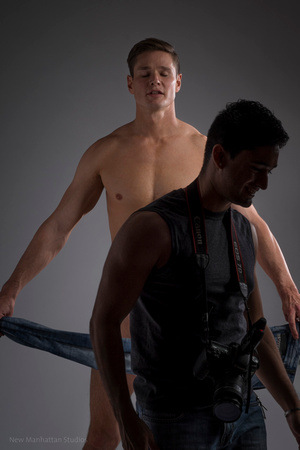 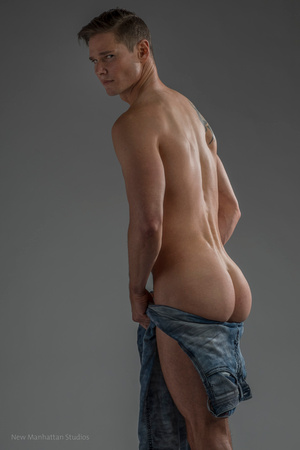 This 6’ fashion and fitness model calls both New York and California home, but between his trips to Europe and the West Coast, we managed find time to shoot together twice last year.  Dustin is a familiar sight to many.  An established model, his visage has graced runways, printed pages and computer screens for a number of years in any number of modeling assignments.

Our session was briefer than normal and we parted with plans to work together again. We held off publishing any of his work until we completed the anticipated session but when Dustin did return to the studio, it was for a session we facilitated for two other photographers but did not participate in.  We have since moved forward with editing and sharing the work. 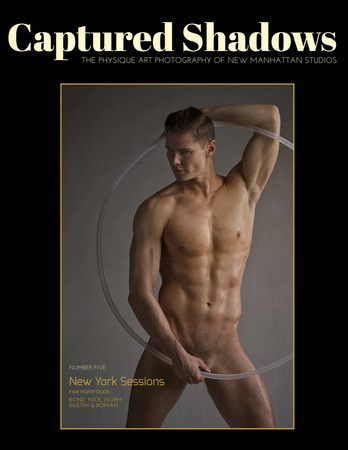 Alex Bustamante's work with the second camera is the focus of a 16-page feature on the Dustin, the cover model for Captured Shadows #5.  Alex often shoots with a behind-the-scenes perspective that has made his work popular here at NMS (and not appropriate for work).  Dustin is one of five models (with Bond, Nick, Norm and Roman) featured in Captured Shadows #5.