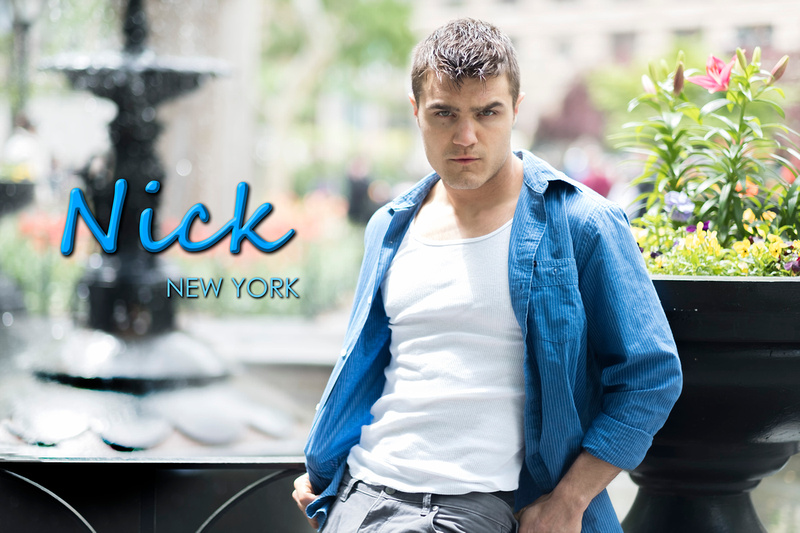 It seems entirely fitting to follow Bond's most-recent posting with the introduction of Nick.  They both hail from the same hometown in western New York.  The farther from New York you are, the less likely you are to be aware of the distinct cultural differences between "upstate" and "downstate" New York.  In popular parlance, "downstate" refers to Metropolitan New York City and "upstate" is everything else.  Culturally we are two different states, with Nick's hometown more closely resembling those of neighboring Ohio or Pennsylvania.  At 21, the 300-mile trip to New York City was a pretty big deal. 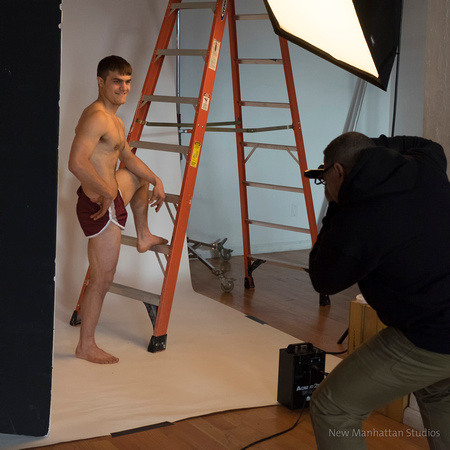 Nick's was a guest appearance.  Given our respective locations at extreme opposite ends of New York State, it's unlikely we would have crossed paths had it not been for the introductions made by a friend and fellow photographer.  Keith Ingram Photo and New Manhattan Studios have been working together on various projects for a few years now.  Some of Keith's art will be appearing in the California models edition of Captured Shadows, now in the works.

Originally a New Yorker, Keith was on a trip home from his current base in San Francisco.  While here he had arranged to work with a model from western New York.  We agreed to share studio space with him in exchange for introductions to the model.  Nick, the model (and an avid gym enthusiast if there ever was one), was delighted to shoot with both of us.  Not only would the photo sessions help pay off all the 21-year-old’s hard work in the gym, but it meant he would be able to extend his visit to New York City, where he’s lucky enough to have an older-brother-with-couch.

Nick had a busy 4-day trip to New York.  The way the schedules worked out, New Manhattan Studios wound up shooting with Nick before Keith.  Upon arrival in New York, Nick went straight from the airport to NMS.  We spent the afternoon shooting around Madison and Union Squares, strolling through the neighborhood between the historic urban squares on a delightful late-spring day.

The following morning Keith arrived from the West Coast and the three of us met in the studio for an afternoon photo shoot.  Keith continued working with Nick the following day and some of the work can be found here.  We got one last shot at working with Nick on his fourth day in the city.  Working around Madison Square, we found ourselves in Eataly, with the models surrounded by hundreds of varieties of pasta (bottom left). 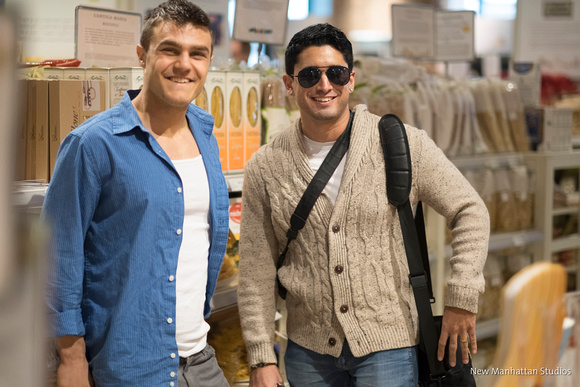 For our part, we thank Keith for the introductions and Nick for being such a welcome addition to the studio’s portfolio.  In the short time we have been featuring early edits on our Instagram feed, Nick has proven to be one of the studio’s most popular models.  We have been eager to open a gallery with all of Nick’s work and are doing so now.  Nick’s gallery contains shots from both the exterior and studio sessions with Nick.  Additional physique art and art nude work featuring his chiseled torso can be found in the Art Print galleries.

UPDATE:  Unfortunately, Nick never did return for an additional session.  In the fall of 2021, the studio published NICK, a 36-page collection of the best of our work with the model.  Read more about it here.