First Time on the Paper 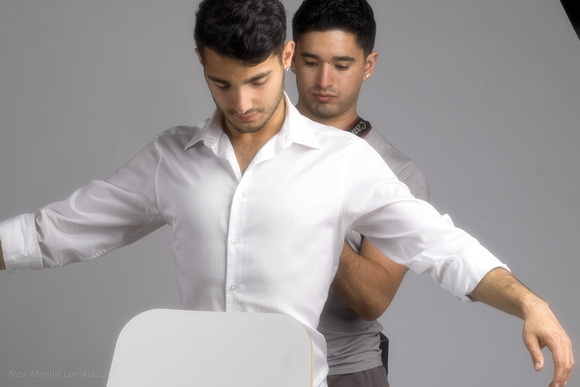 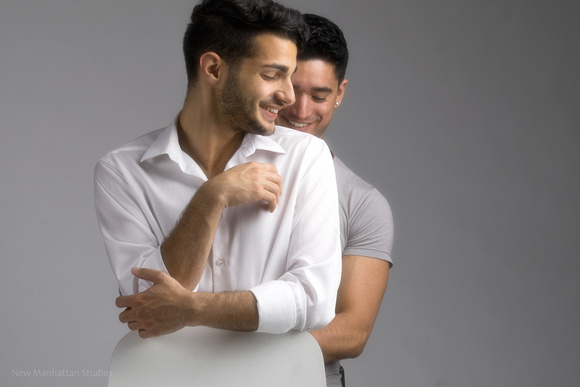 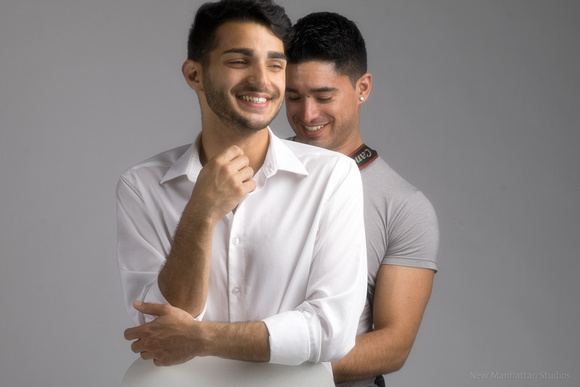 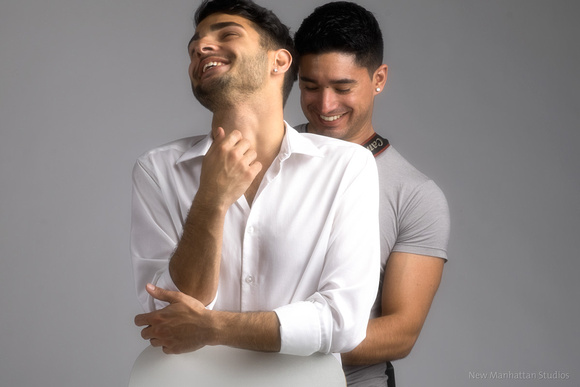 It was the model's first session and he didn't know quite what to expect.  Pietro was yet another model to find his way to the studio by way of our assistant and second cameraman, Alex.  The two are friends, from neighboring towns, and Pietro had expressed an interest in having a photo session at Alex's studio.

For a first-time model, having a friend on the set can be both reassuring and inhibiting.  The studio neither encourages nor discourages models from bringing a chaperone to their first modeling session.  It's all about building trust and we permit a model to be accompanied by a friend if it is cleared in advance and the guest promises to be a quiet, non-participating observer.

In particular, a model who has agreed to do a nude session with a photographer he has not met, can find it reassuring to have a friend on hand in the event the photographer turns out to be less than totally professional.  I have heard many experienced models talk about shoots gone awry. As well, this photographer can tell tales of stage mothers (literally mothers) being present at their son's shoot and girlfriends earnestly promoting their boyfriends to the point of plying said boyfriend with beer on the set.

How comfortable the model may be once work has begun is another matter.  Often the friend will wait in the dressing room, in full earshot of the activity in the studio but out of sight.  Others sit in the back of the studio, quietly observing from the shadows. Depending on the relationship of the model and the guest, the dynamic can be supportive or inhibiting.  Even under ideal circumstances, most new models are self-conscious and awkward when facing the camera for the first time.  We let the model define the boundaries; it's all about all parties building trust in each other as professionals.

In the case of Pietro, Alex's presence was an easy given.  He knew of Alex's role in the studio and having a friend there to guide him along the way was obviously a comfort.  There was an easy camaraderie that led to a lot of laughter and the relaxed, natural smiles that follow.  That Pietro was at ease and enjoying himself reflects in the work we captured.  It couldn't have been a better first session.

We put Pietro through the hoops in three hours. We captured over 1000 images on two cameras and added another Italian to the studio's growing international portfolio.

Inspired by the photos from his first professional photo shoot, Pietro has hit the gym and is intent on future work with more definition on his trim, 19-year-old physique.  We look forward to it.  We may yet fill out a long-discussed book on Italian models in New York!

Additional shots of Pietro can be found in the Fine Art Gallery.