Waving a Flag of Diversity 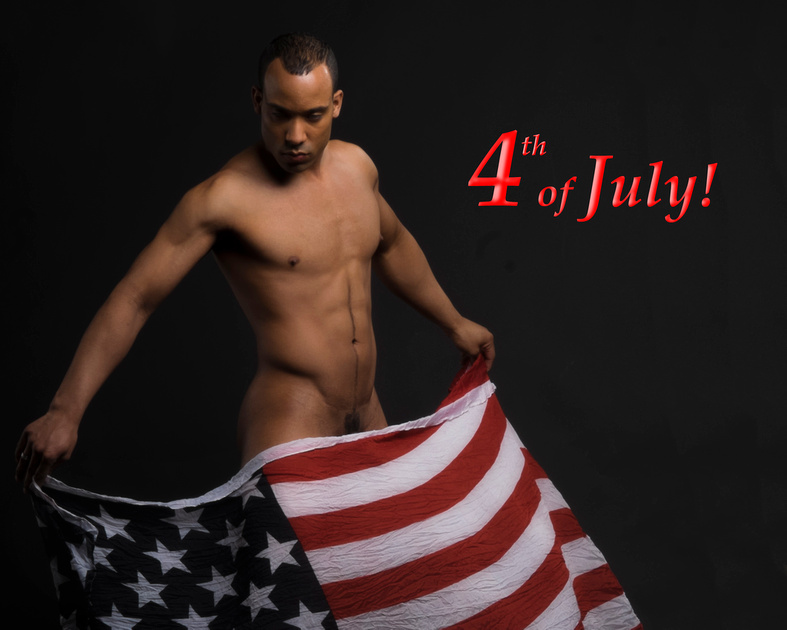 When we first shot Adoniis in the spring of last year we had the foresight to do a bit of work with a red-white-and-blue scarf that we had found in our travels.  (Yes, the flag you see at the left is really a scarf; all the better to catch a breeze in the studio.)   When we opened Adoniis' first gallery last year, we held back several of the images that we are debuting today, intending to use them last July.  Time and the tides got the better of us, and July 2015 passed without posting Adoniis' holiday-themed images.

We are happy to correct the situation in 2016 and Adoniis can now be found waving the flag on our website just in time for the 4th of July.  We are debuting several new edits (including some without the flag) and the new images now lead the offerings in Adoniis' Fine Art Gallery.

In a year of increased awareness of the nation's diverse ethnic heritage and traditions, we are pleased to note that not only does the Puerto Rican model represent the rich cultural and ethnic diversity of the nation whose flag he proudly waves, Adoniis also embodies the diversity of the studio's work.  As we look back on the nearly 100 models that we have shot over the course of the past five years, we find not just ethnic diversity, but models representing nearly two dozen nationalities, from Russian, French and German to Cuban, Canadian, Colombian and Chinese.

To a large extent the variety of models we have had the opportunity to work with is attributable to the local modeling pool and New York's role as a center of fashion, modeling and media.  Aspiring and established models are drawn to the city from all over and we are perfectly sited to be able work with some of the most beautiful people in the world.  The studio's work is all the richer for it.  Similarly, it is obvious that the city thrives on this robust cultural mix of ideas and talent.  Indeed it is why so many of us are attracted here. . .and attracted to the nation we are fortunate to call home.

Come back in a week when we debut work that carries this theme forward.  Our next model is a contemporary dance artist.  Mexican-American, he has recently landed a role as a dancer with a prominent dance company in the Upper Midwest.  That new gallery will open in the next few days.

You can subscribe to the RSS feed for this blog by clicking on the "subscribe" link at the bottom left of this page to receive blog posts when new work is debuted.