Dancing at the Bridge 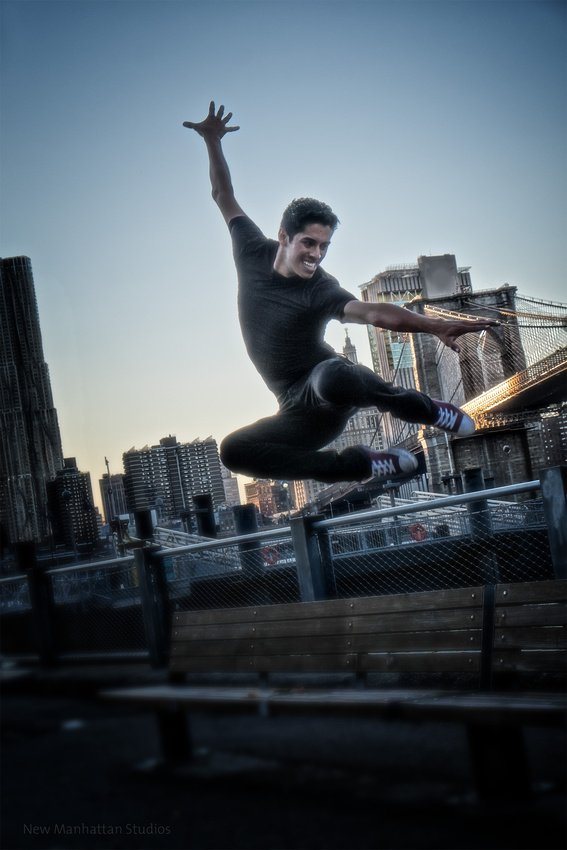 We first met and worked with Gabriel in California last summer. A professional dancer, trained in contemporary dance, he had just graduated college in the Bay Area.  The photo session was one of our rare duo shoots:  Gabriel and a fellow dance classmate and friend, Frankie.  Our work with the two is featured in a gallery and blog post, Two Dancers Two.

This was not Gabriel's first trip to New York.  Late last year he and his troupe were in the city, performing at one of New York's premiere dance venues.  It was a delight to see him dance, but we had been discussing working in the studio since our session in California.  Watching this graceful athlete on stage only added to the frustration at not being able to squeeze time out of his busy rehearsal and performance schedule for a session in the studio.

The studio session finally happened months later when Gabriel made a trip to New York on a more relaxed schedule.  Not only was there ample time for the studio session, but we had a chance to do some sight-seeing together (with camera) that resulted in the photo at left.

We had walked over the Brooklyn Bridge for dinner and were exploring Brooklyn Heights and Dumbo, the rapidly-gentrifying old industrial waterfront area found Down Under the Manhattan and Brooklyn bridges.  Pausing to admire the 133-year-old bridge, the camera came out and soon Gabriel's inner dancer sprung into action, spinning in the air and leaping off park benches. 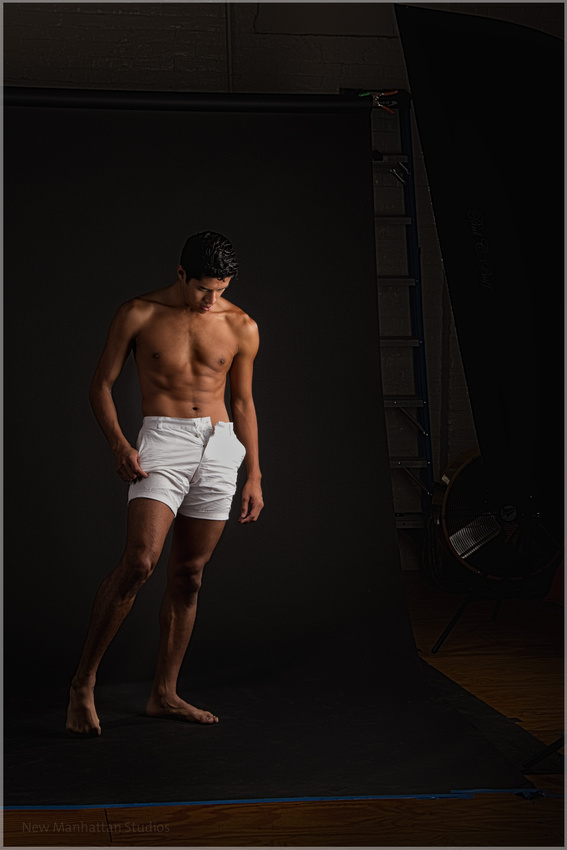 As the sun was setting, the crowd in the waterfront park watched the dancer.  I remember thinking that we were just a couple of sailors short of recreating a scene from On The Town.  But upon noticing the splayed fingers in the finished work, another classic New York movie springs to mind.  I'm sure I'm not the only one to think that Gabriel could qualify for the remake of Spiderman.

A few days later we celebrated two birthdays after the studio session, Gabriel's 25th and my . . . my. . .where did I put that slip of paper?

The studio session did not disappoint.  There is just something about dancers.  They even know how to stand still gracefully.

Gabriel may not get cast as Spiderman, but the birthday present he received while in New York was word that he's just been hired by a prominent Midwestern dance company.  He'll soon be moving from San Francisco to the upper Midwest.  In time, we hope that he makes it all the way east.