It was a Dark and Stormy Night 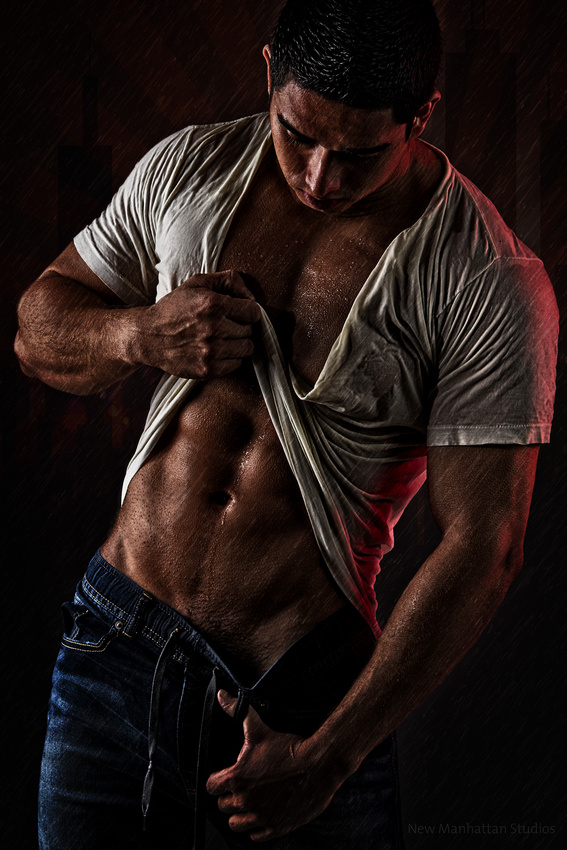 In what is a new twist for our art, we are debuting a photo fantasy series in the third issue of Captured Shadows.  The magazine features a shoot done in the studio with Ricardo that starts to blur the line between art and photography.  We've labeled the series "It Was a Dark and Stormy Night" and invite the viewer to spin a back story for the rain and flashing lights.

With his killer physique, Ricardo has become one of the studio’s most popular models.  The session we’re showcasing here was his fourth visit to the studio.  Fortunately, the younger brother of the studio’s production assistant and second cameraman is relatively easy to schedule.  He can catch a ride to work with brother Alex.  As we turn more and more of our time and attention to physique art, Ricardo has become one of our “go-to” models when it’s time to try new concepts and lighting techniques.

The timing of Ricardo’s last shoot with us, at the beginning of winter, was very much determined by the seasonal schedule of snow birds.  For some time, I have been eyeing a metal sculpture that has appeared as a prop in our photo sessions going back as far as the summer of 2014.  Normally the huge metal globe resides in the studio/office of a friend, David, who has permitted us to shoot in his space on a number of occasions.  The room the sculpture calls home is too confining to adequately showcase such a large prop in a physique art pose and for some time we have been seeking an opportunity to bring it into the studio.  That finally happened in December, just days before its owner, a prominent Madison Avenue designer, retreated to Florida for the winter.

I wouldn’t think of borrowing such a large (and expensive) piece of art without having the owner present to supervise its transit and handling.  We took advantage of having an extra set of hands in the studio that day and pressed David into service as our stylist (and model spritzer), freeing Ricardo’s older brother, Alex, to devote his full attention to the second camera. 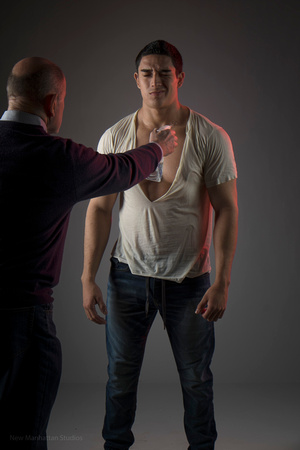 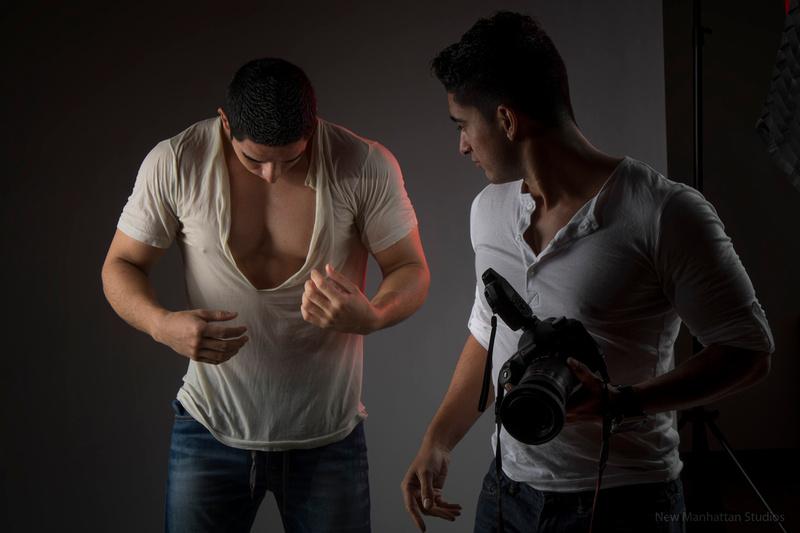 Perhaps it’s a reflection of their native Colombian culture, but unlike the Italian brothers Luca and Matteo, Ricardo and Alex are a bit more reserved around each other.  Alex steps out of the studio when his brother is posing nude.  Perhaps my favorite picture of the day, however, was one of Alex's last shots as Ricardo's clothes were coming off.  Alex's picture of his kid brother at the top of this page inspired the series we’ve dubbed, It Was a Dark and Stormy Night.  Alex wasn't around for the rest of the series, but you can find the full collection in Captured Shadows #3.

Other images from the day can be found in Ricardo’s gallery and in the Fine Art Gallery on the website.

Up next month:  a new model, Borgia.  He has yet to explain his choice of a modeling name but I hope to have that story by the time we debut his work later this month.  Subscribe to the blog using the button on the lower left corner of this page to be notified when we add new content to the site (approximately twice a month).

Click here for all things Ricardo at New Manhattan Studios.