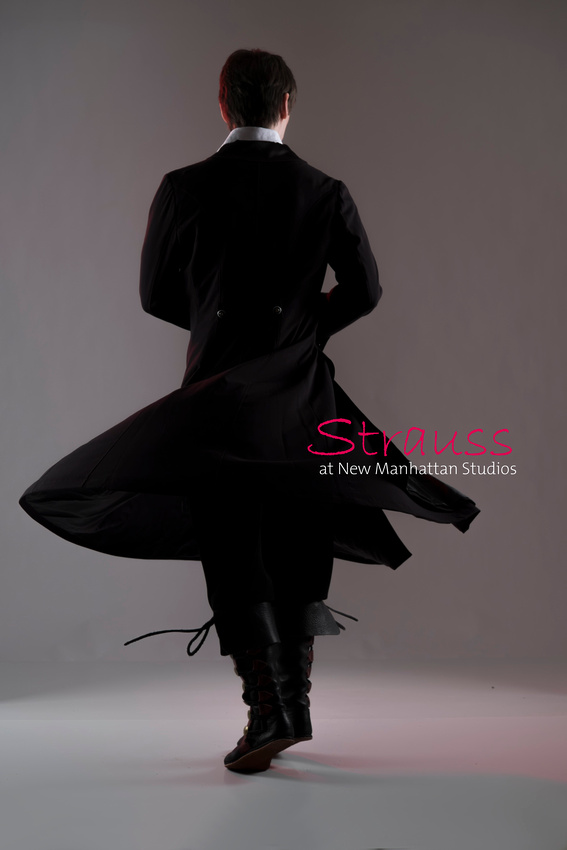 Spotlights, scrims, stage lighting and theatrical poses seemed appropriate for our second session with Strauss, this time in our New York City studios.  It was a sharp contrast from the largely soft and refined look that describes our first work with him in a gracious home in suburban Washington, DC.

We first worked with Strauss in the summer of 2015.  He was referred to us by another photographer with whom we shared a photo shoot in July.  (The work from that first session can be viewed in Strauss’ Virginia gallery.)

In possession of one of the most ripped physiques we’ve shot lately, we were pleased that day when Strauss agreed to come to New York later in the year to round out our portfolio with some formal work under the studio lights.

Once in New York and in the shadows of Broadway, the spotlights and bold colors of theatrical lighting seemed entirely appropriate to showcase an established Shakespearean actor and his costumes.  Many of my favorite images captured in the studio, however, were the candid, unposed shots taken by Alex on the second camera. Increasingly I am beginning to see these images for the art they are in addition to the story they tell. They comprise a disproportionally large share of the images in Strauss’s edited New York work.  There are some interesting compositions and striking pieces of art in captures grabbed from the sides of the studio.

Strauss spent a Fall weekend shooting with the studio in New York City in 2015.  Studio work and shots captured out-and-about in the city round out the second gallery (the New York gallery).  In addition to work in the studio the weekend included the obligatory trip to the Broadway Theater for this actor who’s pounding the boards in regional theaters in the mid-Atlantic region. 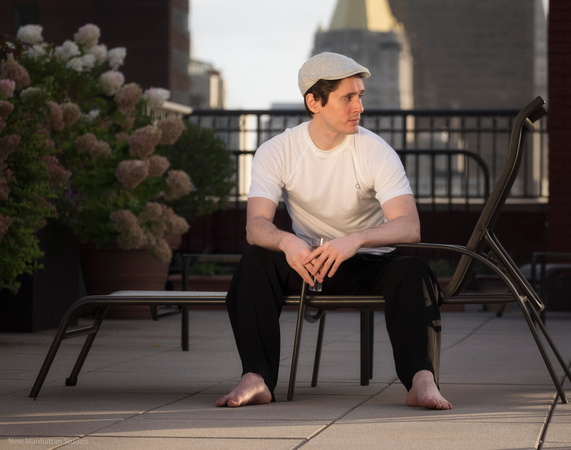 We hope to entice the actor back to New York in the near future to continue working with him on various projects.  All of his hard work in the gym needs proper documentation!  If you have any doubts about the physique, check out the half dozen of Strauss' images that have been added to the Fine Art Gallery.

Opposite.  Entering from stage right. . .is Strauss.