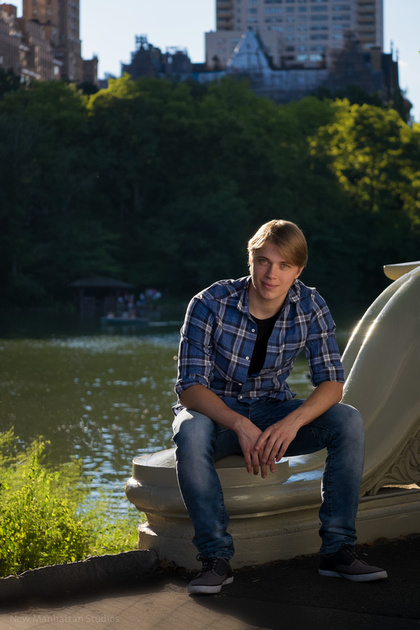 This has been a busy month what with the unplanned early publication of Captured Shadows #2.  That rush job totally up-ended our "best laid plans" and all that.  The lead blog post this month was to have introduced the first model of the year, an emerging tradition here at NMS.  But January is drawing down to its final days, so if we're going to have a "New Year's Baby," we need to act now.

Tempting as it is to follow tradition and label this post the "New Year's Baby," it would certainly not do justice to the 24-year-old New York model and actor that we have chosen to kick off 2016.  And besides, with his classic preppy face, I'm sure he's teased (and carded) enough over his schoolboy appearance.  But we are going to capitalize on that great youthful appearance and run with it by tapping Timothy as our lead model for 2016, our "New Year's Model."

That Timothy should be accorded the honor of being the New Year’s Model seems only fitting.  New Year's in New York is all about Times Square and so is he!  He's an aspiring actor who spends quite a good chunk of his time in the Times Square/Hell's Kitchen/Theater District Area. Indeed, he actually worked in the Square shortly after his arrival in the Big Apple this past year.  You could find him around the TKTS booth at the north end of the Square, promoting shows to would-be ticket-buyers.

Tim’s arrival last winter wasn’t by accident, but the decision to remain in New York came quite spontaneously.  He had come down from the Boston area to work as a model in a series of fashion shows for which the studio was supplying models.  By the time he finished the assignment he had decided to stay in New York.  After all, if an actor wants to pursue his dreams, this is the big time.

Tim has his acting chops.  He’s worked regional theater in Florida and the Boston area.  Upon arrival in the city he found his way into film and television appearances almost immediately.  He had, after all, arrived with the required matinee idol looks. Today he has a manager, a “day job” (every actor has one), a GF (every actor needs one) and well-worn shoes from racing around to auditions and acting classes.  But most importantly, he has the determination to succeed. 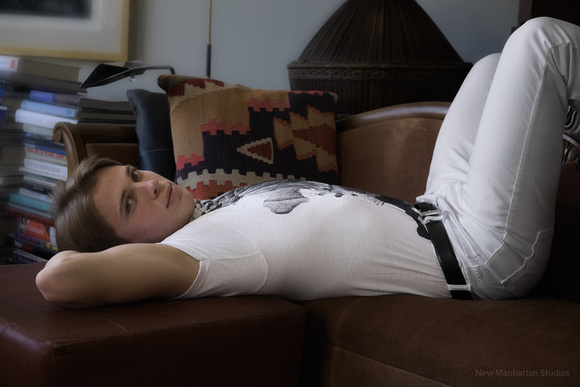 Tim is one of those models that we have been shooting over time and we have been privileged to be able to document his changing appearance since the age of 21.  (All of Tim’s work with us can be found here.)  Our first session with Tim, taken in Massachusetts, was featured in the studio’s book, Berkshire Place, published in 2013.  A year later, on the occasion of his first trip to New York City, he was featured in the Studio's 2014 Models' Portfolio, Gramercy Square. Today we are opening galleries featuring work from our sixth and seventh session with the model.  All of the work was captured here in the city, from Central Park to a top-floor aerie on Madison Avenue.

We are pleased to report that in addition to the galleries of his shoots here at NMS, Timothy's work can be found in the Fine Art Gallery and will be featured in the third issue of Captured Shadows, to be published this spring.  And later in the year we plan to be publishing a book with a complete retrospective of our work with this young man.  Watch here for the publication announcement for Timothy: Private Portfolio.

The first anniversary of Tim’s arrival to work the fashion shows is upon us.  Twelve months later, the novelty of being a tourist in town has worn off; the gritty reality of life in the City has set in.  And he’s still here.

He’s earned it now.  We bestow the title Gotham Guy on him with a time-worn truism, New Yorkers are born everywhere.  It just takes some of us longer to get here.