It came as more than a bit of a surprise to realize this week that there are more of the studio’s pictures of Alex Corso on the Favorite Hunks blog than there are on this site.  Blogmeister Tye Briggs at Favorite Hunks has long been a supporter of the studio and a fan of Alex (and Bond) in particular.  Since first featuring Drew Chanlin in early 2012, he has showcased the studio’s work at various times and has run multiple features on both Bond and Alex over the years.  But with kicking off 2016 with his tribute to Alex, the model-stylist-photographer, there are now more pictures of Alex online there than here. 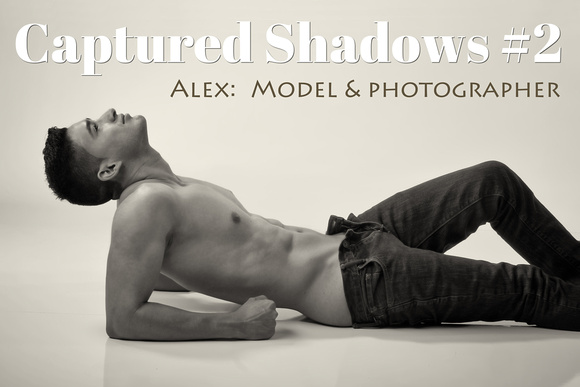 As fans of the model and the studio know, Alex (at left) has worked at New Manhattan Studios for going on 4 years as a model and now a photographer.  Tye and I have been talking for quite some time about featuring Alex’s work as a photographer, but the 6-part feature that Tye posted on Favorite Hunks this month far surpasses in scope anything that I think either of us had imagined even as recently as last month when we started pulling the content together.  We were thrilled to cooperate, but the project upended the workflow of the studio in an unplanned way.

In the end, Tye’s tribute doesn’t just showcase Alex’s work as an emerging photographer, it also shares many behind-the-scenes shots of Alex at work as a stylist and production assistant and includes an extensive retrospective of his work as an NMS model stretching back nearly four years.  The links to this six-part tribute (with perhaps over six dozen images) can be found at the bottom of the All Things Alex page.  Some of the photos have been shared previously, either in this blog or in the studio’s publications or online galleries.  Many are being seen publicly for the first time. 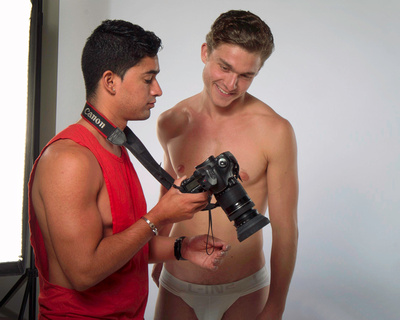 Since he started working behind the scenes at New Manhattan Studios in early 2013, Alex has worked on countless photoshoots.  He has met, worked with, and become friends with dozens of models.  He picked up the second camera and started shooting for the first time in the summer of 2014.  The first model he shot was Michael (shown on the right).  Since then he has been regularly shooting at most of the photo sessions and some of the studio’s best shots in the past year have been captured by Alex.  One of my favorites, an iconic shot of the studio with the model Adoniis, is shown below, at bottom.

Having spent hours pulling all of this together for Favorite Hunks, I began to search for a way to repurpose it, to give the collection an extended life and permanent home at New Manhattan Studios.  In the end, a special issue of Captured Shadows was born. . . ultimately a double issue (since it contains twice as much content—and pages—as regularly planned for the studio’s magazine).

Issue Two, Model & Photographer, went on sale this week, coincident with Tye’s tribute to Alex on Favorite Hunks.  You can preview it below and order it here.  The magazine contains five portfolios of work.  The first portfolio takes the viewer behind the scenes at New Manhattan Studios, showing Alex at work as a stylist and production assistant on several photo shoots.  Portfolios 2 through 4 feature Alex’s work as a photographer (again with behind-the-scenes shots in the studio and on location).  The final and largest collection, Portfolio 5, is a retrospective of the studio’s work with Alex, the model.  Overall there are a dozen models in the magazine and scores of previously unreleased photos.

It’s rare that a studio has the opportunity to chronical the life and professional development of a model over time, but that’s what Portfolio Five in Captured Shadows #2 essentially does. Since the studio adheres to a policy of not posting any explicit pictures online, the magazine features many photographs that have never been (and won’t be) shown on the site.  You will follow a 23-year-old aspiring fitness and swimsuit model from the day he walked into the studio to the point where he’s an accomplished model of 27.

Photographer & Model is both a tribute to Alex’s work with the studio (on all sides of the camera) and a thank you for his many contributions to the studio.

We are pleased both to have the opportunity to document this model’s career in such a fashion and to be able to share it with his many fans.

​Now we really must get back to our regularly-scheduled program.  We haven't posted the site's New Year's “​baby” yet.  And we need to get to work on what was ​to have been the next issue of Captured Shadows.  (For those paying close attention, Timothy, Willi and Ricardo will now be in issue #3.)

​BELOW:  ADONIIS BY ALEX CORSO 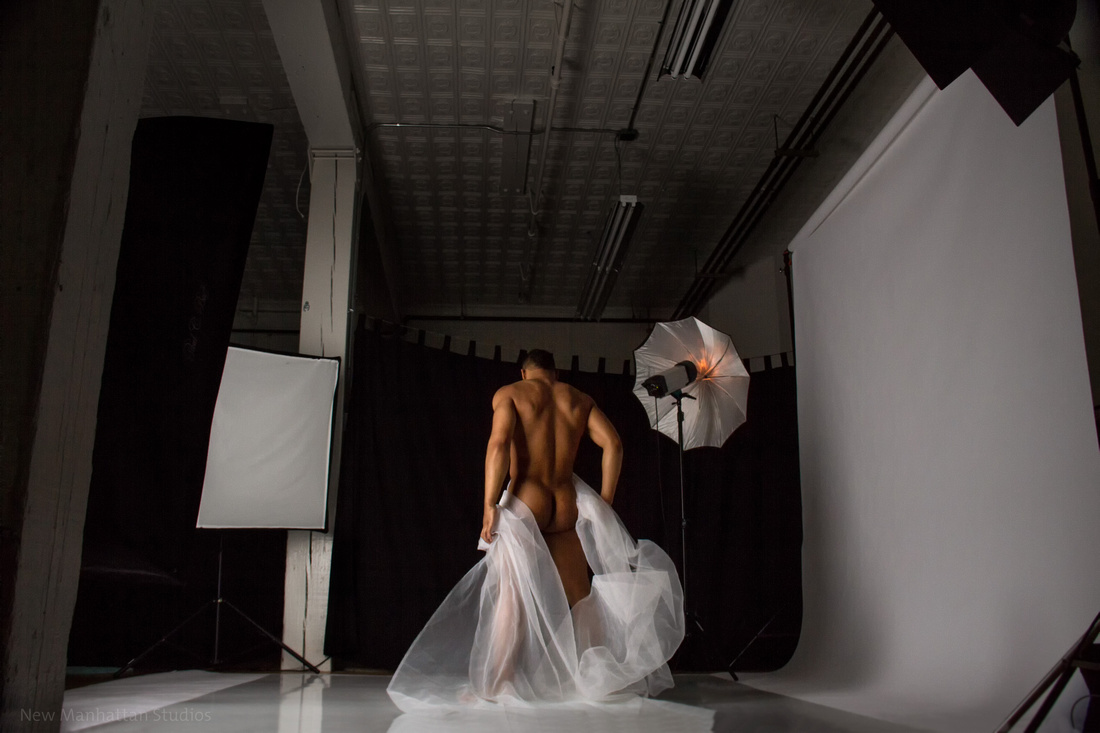