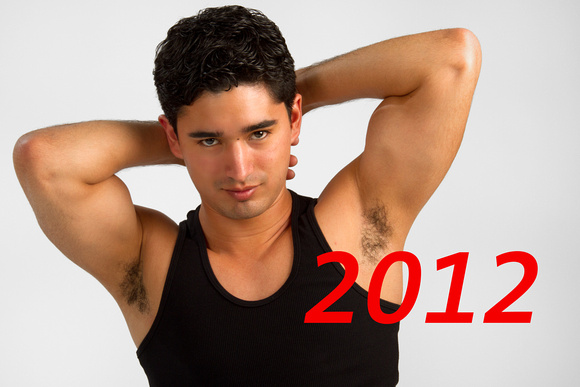 Everyone loves “before and after” shots, and we’re no exception.  However, in this case we’re not talking about the makeover of a kitchen or early spring and late summer shots of the garden.

In this case we’re talking about the studio’s favorite model, our production assistant and second cameraman, Alex.

These days at our studio, Alex is much more likely to be found behind the camera than in front of it, but on occasion he’ll step under the lights as we check out new equipment or lighting styles.  These are not full-fledged photo sessions, however, so recently we were happy to celebrate three years of collaboration by scheduling a full-on “anniversary” session with him.  The photo shoot took place precisely three years to the week from the first session with did with him in 2012. 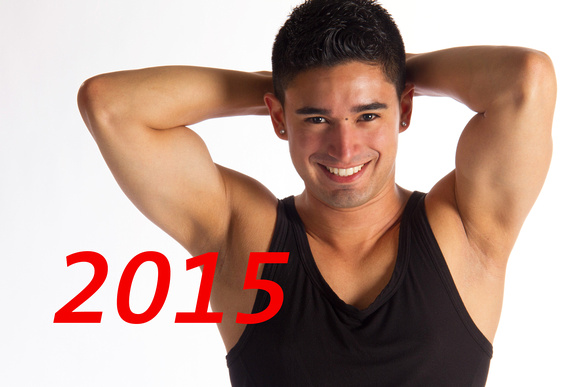 Alex took the assignment to heart when we told him we'd like to recreate the poses in which we had shot him years earlier.  Not only was he able to bring into the studio some of the very same clothes that he’d worn at that first session, but he went so far as to track down the song we had used as the music bed for the video presentation we prepared of that photoshoot!  It was playing on the studio’s sound system as he stepped onto the paper dressed in the same blue, white and black outfit that he’d entered the room wearing in April of 2012.  As Yogi Berra would have said, it was déjà vu all over again!

It took a bit of determination, but we had great fun attempting to recreate some of the precise poses we’d captured at that first session and we came close more than once.

But as close as the images may have matched, one thing was notable.  We had a new-and-improved model in the room.  It's obvious that this model is not getting older, he’s getting better.  And of course, not every shot we got this spring was a replicate of a 2012 photo.  There’s entirely new work here to prove that Alex is sporting a more impressive physique than ever.  In the past couple of years he’s been hitting the gym harder than ever.  And it shows!

While Alex has rarely been in front of the studio’s cameras in the past couple of years, his modeling career is as active as ever and he remains in demand not only as a swimsuit/fitness model for still and film work, but increasingly as a model for live modeling sessions with artists working in a variety of media.  [Interested parties can write the studio for information about working with Alex or any of our models.]

We’re confident that Alex’s many fans will be happy to see him appearing not just in the background of our behind-the-scenes shots, but once again as the subject of the camera.  And we’re doubly confident that all will appreciate the progress this man has made on his ever-impressive physique.

And for the eagle-eyed, that’s the model Timothy, standing in as the stylist at his friend's shoot.  And look closely.  Yes, those are the same black and red Calvins on Alex in the two galleries.  With as many pairs of underwear as this underwear model owns, it’s highly unlikely that he’ll wear out any one pair over the course of three years!

[A new blog entry on August 8, 2015 takes you to additional new studio photography featuring Alex.  And at "All Things Alex" you'll find links to all pages on the site that feature this popular model.] 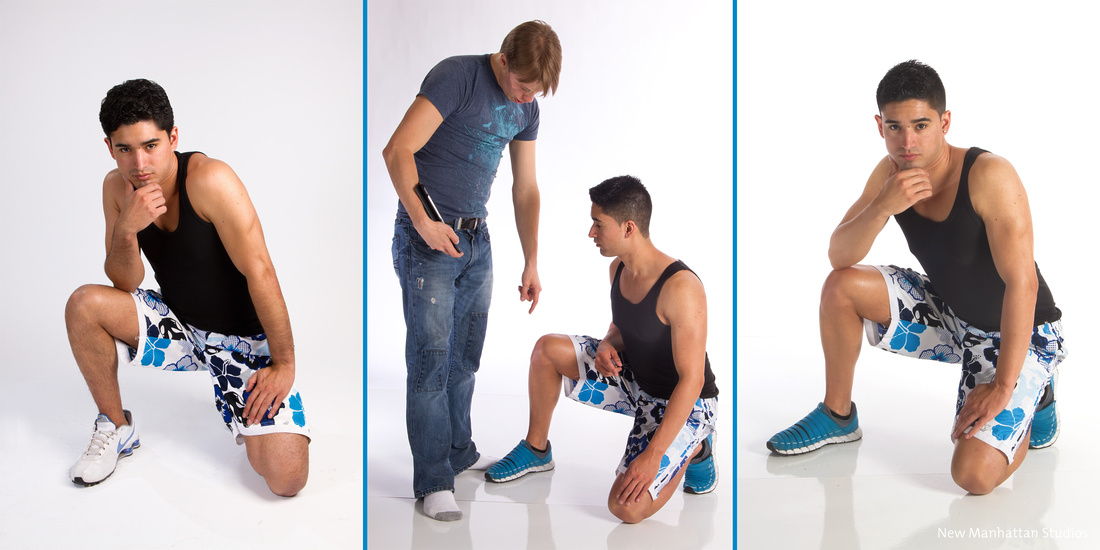