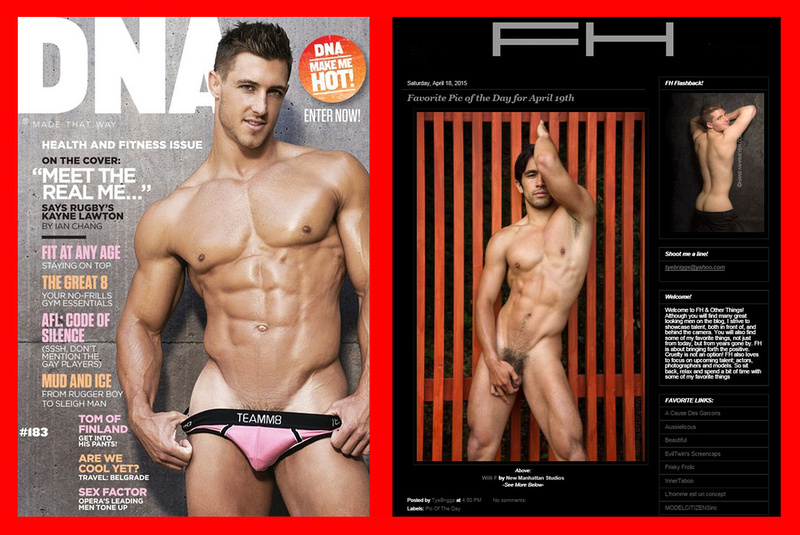 April has been a good month for models at New Manhattan Studios.  Two of the studio's most popular models have been featured in leading international media.  Kickboxer and New York model, Olkesandr, has a lavishly-illustrated, 6-page spread in DNA magazine and Willi, the fitness instructor and model from California just landed a lengthy pictorial feature on Favorite Hunks. 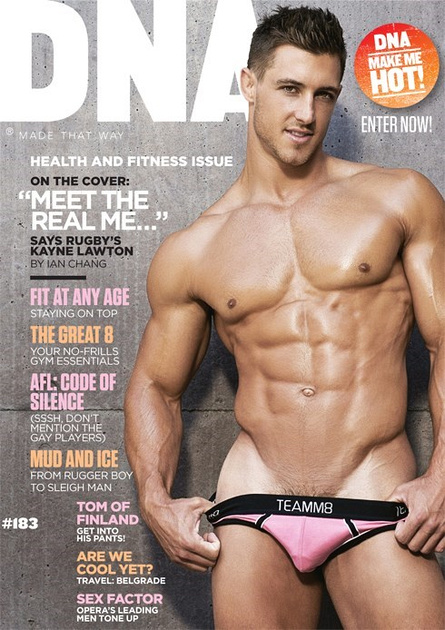 DNA is a major international lifestyle magazine geared at the gay community. Published out of Australia, it features editorial and art on fashion, men's health, travel, news and general interest topics.  And it is a glossy showcase for top international models captured by leading fashion and physique photographers from around the world.

Oleksandr's work with New Manhattan Studios in his gym and in the studio landed him (and us) the coveted slot as the photography feature in the magazine's annual Health and Fitness issue. 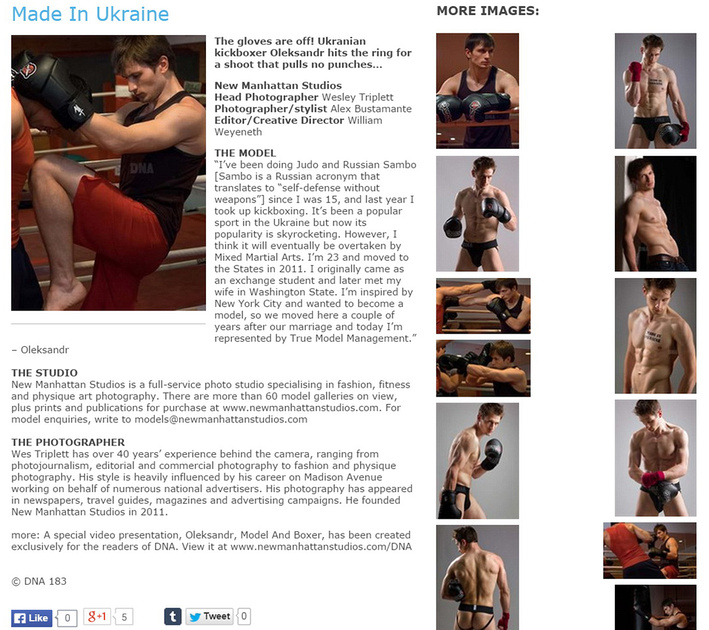 Twelve images of Oleksandr, the boxer and the model, appear in the print and online editions of issue #183 under the title of "Made in Ukraine," on-sale at newsstands around the world in April.  (The image on the right is a screen shot from DNA's website.)

The studio prepared a special video for the readers of DNA featuring additional fashion and physique images of Oleks in the ring and at work as a fashion model.  You can see it here.  Additional work with Oleks can be found in his galleries online here.

Favorite Hunks is a major blog run out of Canada with a large international following in the tens of thousands. Tye Briggs, the owner, has created a showcase for talent from both in front of and behind the camera, with a special focus on upcoming actors, models and photographers. 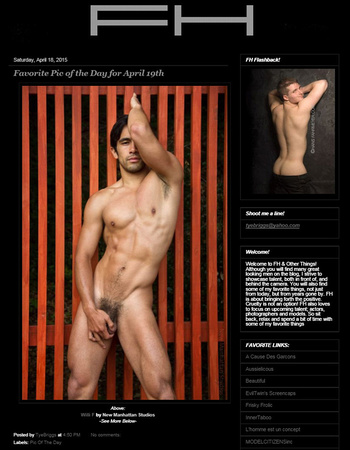 The studio's popular California model, Willi, was introduced to the followers of Favorite Hunks on the weekend of April 19.  Fans of Willi might want to check out "Private Valley" not just for the 16 images of this incredibly ripped model, but also for the recollections of both the model and the photographer about the two sessions in July of 2014 when the art was captured.  In it, Willi discusses what a personally transformative session it was for him.

The images on the left and right are screen shots from the Favorite Hunks blog.

You can see all of Willi's work for the studio here and click here to view a video presentation prepared to take the readers of Favorite Hunks behind the scenes at Willi's California sessions.

And while you're on Favorite Hunks, you might like to check out one of that blog's most popular models, Bond.  The NMS model was first featured on the site at Halloween and proved to be so popular that he was tapped to be the featured model on Valentine's Day in February.