Revisiting a winter shoot at the end of summer 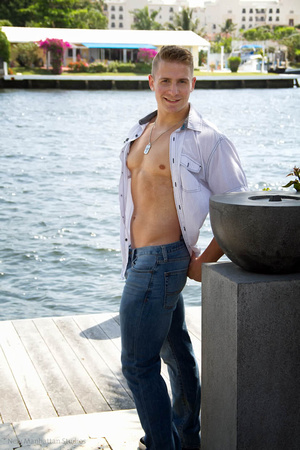 I try to refrain from discussing general studio business on the blog and endeavor to limit these entries to comments about the models and their photo shoots.  But I will stray briefly to mention that we've had a very busy summer with sessions in New York City, the northeast and the west coast.  We've done some exciting work with some great models that will be appearing in this space in the coming weeks and months.

After a full month of sessions in our New York City studios in June, we headed west where we did five shoots in California in July.  And earlier this month, with three models in tow, we headed south to rural Lancaster, Pennsylvania, where we spent three days scouting and shooting on a 22-acre farm with 19 horses.  (Watch for New Manhattan Studios meets the Marlboro Man sometime this fall.)

Busy as we've been, the postings have been light and few new galleries have been opened this summer.  So it's time to dip back into the barrel and pull out a photo session that's been languishing unseen for too long now.

Logan was one of two models that we captured in Fort Lauderdale at the end of winter.  A bright sunny day on the Intercoastal Waterway in Fort Lauderdale was the setting for our session with this charming young man.  Logan's was the second of two sessions shared with my good friend and fellow photographer, Gordon Nebeker.  It's only fitting that we celebrate the close of summer by finally getting Logan's gallery open.

Gordon is renown for his work with models underwater.  I don't mean to imply that it's easy or simple (it certainly isn't), but a sunny day, a flowing piece of fabric, a (very large) tub of water and a handsome model is all that Gordon needs to create stunning art.  Logan had worked with Gordon once before, and was eager to return for the chance to do a photo shoot "six feet under," as Gordon captured some of his signature shots.  For more information on Gordon and his art, see Gabriel's blog entry from earlier in the year. 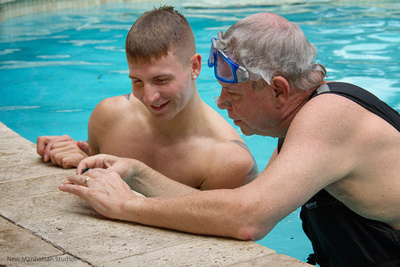 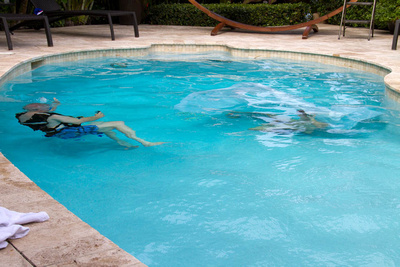 This 28-year-old body-builder has a lot going for him.  He's a professional model and actor with a career that takes him from sunny south Florida to sunny southern California on a regular basis.  Busy as he is, he obviously finds time to keep his body in top form.  Logan has one of the most buff physiques that we've photographed.

Check out Logan's gallery here.  In the coming months a number of additional pictures of Logan will be uploaded to our new private galleries.  Stay tuned.  And be watching for our own California sessions, too.