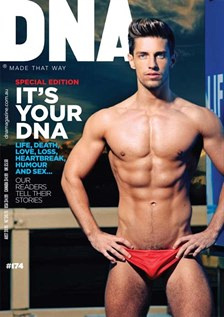 Two exciting emails arrived this week within a few minutes of each other.

First came the email with the release of the online version of DNA Magazine, issue #174.  And with it, a story on New Manhattan Studios accompanied by photos of seven of our models!  DNA is a major international men's fashion and lifestyle magazine published in Sydney, Australia.  The hard copy magazine is expected to hit the newsstands in the U.S. within the next few days and will be on sale for most of the month of July.  If you can't find a newsstand near you (and they've become as rare as hen's teeth in New York City), the content can be viewed online at DNA #174 (A New Young Physique).

The studio's models featured in the magazine are DZmitry, Karl, Bond, Drew, Alex, Roly and Willi.

Roly (below) is clearly one of the best models that the studio has had the opportunity to work with and it was not surprising that DNA chose to lead with his photo.  Unfortunately, for technical reasons, Roly's gallery has been conspicuously absent from the studio's web site.  Many of his files were lost in a hard drive crash last year.  A portion have been recovered and we will soon create a gallery to showcase this model's work with New Manhattan Studios. 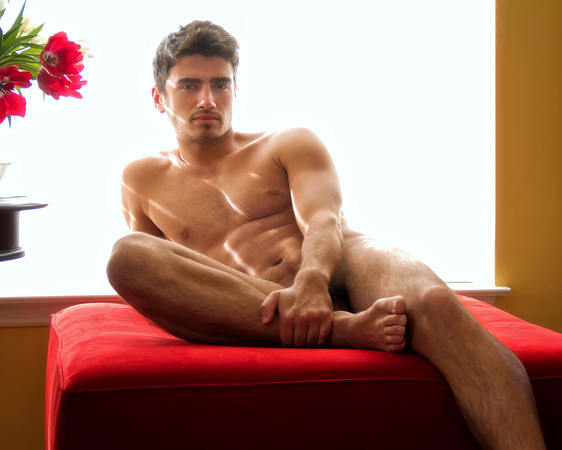 The second email to arrive, just moments later, was from Willi, one of the models featured in DNA.  While preparing the press files required by DNA magazine, I had spent some time in Willi's folder and was struck by how much I had underrated his session with the studio last year.  Looking at his pictures a year later it was obvious to me that Willi has one of the most impressive physiques of any model to have come under the studio's lights.

I had written Willi to see if he might be interested in doing another session with the studio.  I recall having heard that the 27-year-old Californian had retired from modeling shortly after our session with him in March of 2013 but I wrote to tell him that we were planning a trip to San Francisco this summer and would love to have a chance to work with him again.

Happily, Willi was writing back to congratulate the studio on landing in DNA magazine and to say that he'd love to do another session with us.

We'll be heading to northern California in the second half of July and if we can make our schedules work, we plan to update Willi's gallery with the 2014 version of the model.  He tells me he's in as good a shape as ever. . .which is quite impressive, I can assure you.  The guy is a fitness buff and a physical trainer.