Adam is a friend of the studio’s stylist and production assistant, Alex.  Living near each other in neighboring towns on the New Jersey side of the Hudson River, they met on one of the popular social media sites.  Once pictures had been exchanged it didn’t take long for Alex to ask Adam if would be interested in modeling.  Happily, Adam said yes and a couple of weeks later he was in our Long Island City studios for his first-ever professional photo shoot.

Don't let all the white clothes fool you, this emphatically was not a summertime shoot.  In fact, the ground outside the studio was as white as the model's wardrobe.  The first-time model was good at taking direction but the only drawback was the studio's incredibly loud (if effective) heating system.  Between the droning fans and the hiked up music system, it was a challenge to hear each other and we often resorted to gestures and hand signals to communicate.  As I said, Adam took direction well, even in sign language.

An avid fitness buff, this 18-year-old from St. Croix, has moved to the mainland and is seeking work at a gym.  For a first-time model, Adam was soon relaxed in front of the camera and crew and by the end of the session clearly appeared to be enjoying himself.  Which was good, because a few weeks later he was back for a second session.

You can see selected images from both sessions in Adam's Gallery. 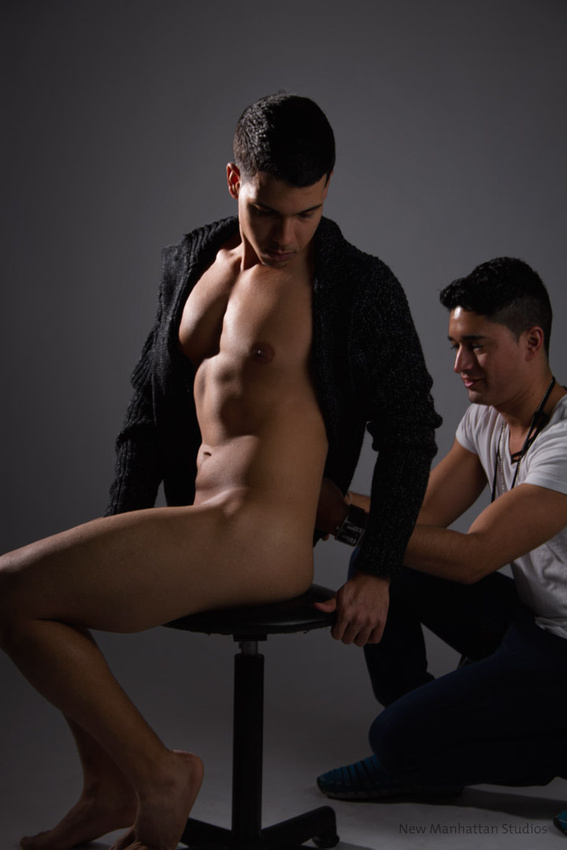 Since the camera loves Adam as much as the staff, we hope to be seeing more of this young model as he matures and further develops his physique.  Stay tuned.