A Victorian-Era Mansion and Our Most Expensive Session Yet.

Luis’ photo shoots easily qualify as the most expensive sessions the studio has mounted.  It’s a shame the 20-year-old's modeling fees were no higher than those we pay the other models. 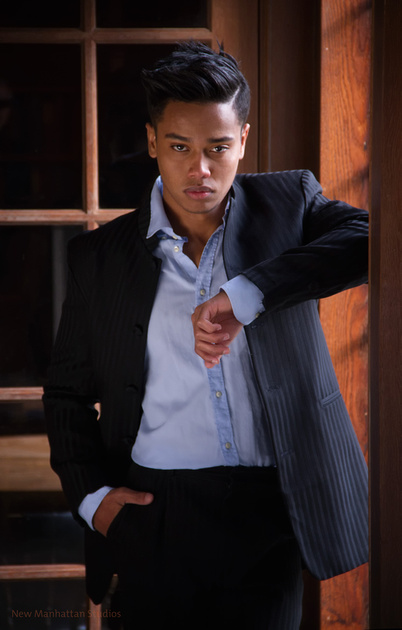 Luis in the Upstairs Hall.

We shot Luis at the end of our stay in the Berkshires in Western Massachusetts.  Fall was already on the land.  The air was crisp; the skies, bright blue and the New England hills were a gentle riot of yellows, oranges and reds.   With the departure of the summer people in September, we were fortunate to get access to one of the big Victorian-era estates that dot this popular resort area.   The weekend before the session, Alex and I spent time on the grounds, searching for shooting venues in the gardens and around the barn and main house of the 100-year-old estate.  At one point I returned to the car to retrieve a tripod.

As I approached the vehicle, instead of unlocking the trunk with my remote, I accidentally triggered the car’s alarm system.   Under normal conditions (in the country) I would have let the horn blare on for the 120 seconds until it silenced itself.  But today there was an estate sale going on at the caretaker’s house.  Dozens of people were milling about on the lawn in front of us.  I didn't want to draw attraction to what we were doing at the other end of the property, so I had to get the car up to 15 mph to disarm the alarm.  And not wanting to be driving—honking—toward the people ahead of me, I threw the car in reverse and started backing up as fast as I could.

I failed at not attracting attention.  A couple of women started waving frantically. . .just before I hit a cart at the edge of the road near the barn.  It was too low to register in the rear view mirror, but the shoppers saw it clearly.  Surveying the busted out tail light, I mentally added $250 to the cost of the shoot and sheepishly skulked back down the road to the other end of the estate.

A few days later we returned with the model on a beautiful fall afternoon.  We got a number of great shots around the main house and a classic red barn (the largest barn in New England), but painters were working in the house and we weren’t able to shoot inside.  Fortunately Luis is one of several local models we shot while in New England, and it was easy for him to come back from his home nearby in central Massachusetts.  We scheduled a second session. 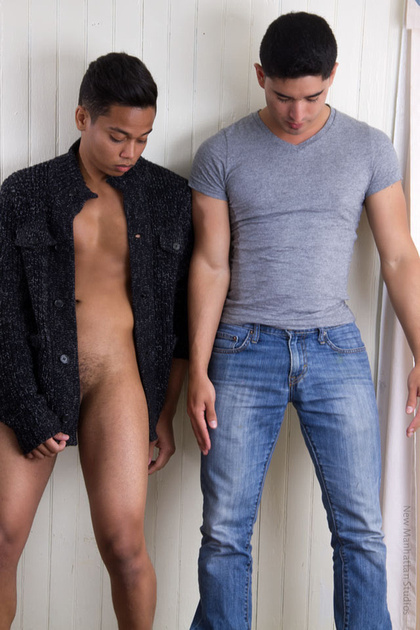 Noticeably cooler on the last weekend of October, it was in the low-fifties inside the vacant house when we returned.  Twenty-year-old Luis was quite the trooper and eager model, however, and we spent three hours shooting in the chilly mansion.  If you look closely you might find Goosebumps in some pictures in Luis’ Gallery.

The interiors of the house are evocative of early 20th century life (among the upper crust) and they served as a great backdrop for Luis’ session.  Everyone enjoyed shooting on the property and exploring this ghost of grandeur past.

I thank my friends for providing free access to such a well-preserved historic home.  But still, the shoot did not come cheap.  Turning around in the driveway on our departure, I backed into a tree that I’m sure had not been there when we got into the car.  The resulting scrape and dent were minor.  But of course, they were on the other side of the car from the taillight busted out a week earlier.

And with that, our last photo session in the Berkshires went down as the studio’s most expensive shoot ever.

With that said, enjoy the pictures in Luis’ gallery.  And you can find more of his images in our book, Berkshire Place.  (And buying a copy helps with the repair bills on the car.)