Two years in the making

Claudiu is one of the very first models with whom I started corresponding, shortly after the studio opened its doors in New York City in early 2012.  I can no longer remember who initiated the conversation, but early-on we agreed that we wanted to collaborate.  Unfortunately, Claudiu wasn’t exactly in the neighborhood.  He was a good 350 miles “uptown and to the left," in Toronto, Canada.

Although we failed to connect on a trip to New York that Claudiu made in 2013, we stayed in touch and vowed to try harder next time.  With sufficient advance notice, finally, it was agreed that we’d do a session when he came down in early 2014.  Misfortune nonetheless struck when my business partner overbooked the studio calendar a few weeks out from his trip and at the last minute we had to scramble to find an alternate shooting venue. 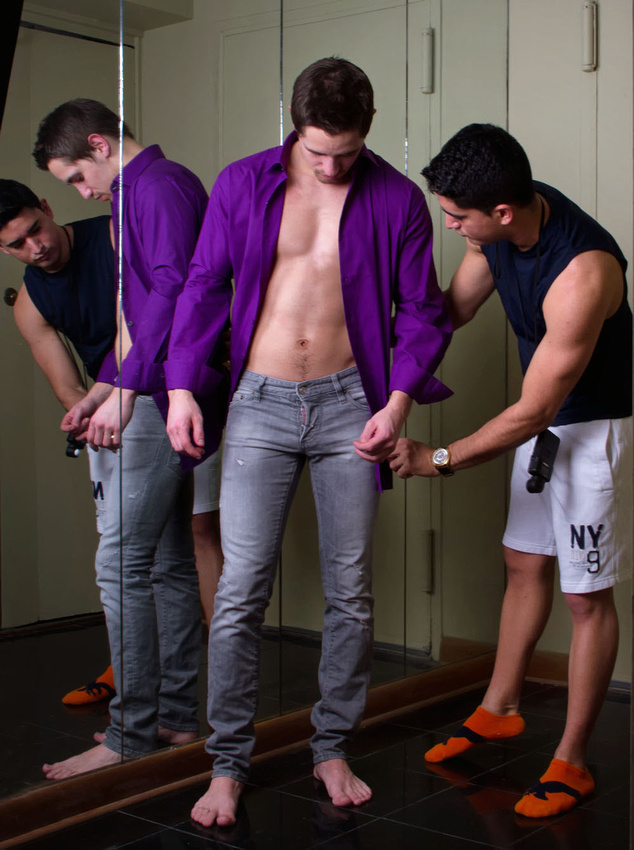 Ultimately we found a Manhattan apartment for what turned out to be the first of two sessions on Claudiu’s February trip.  Serendipitously, we were shooting a few blocks up the avenue from where he had a late-morning photo session with a prominent fashion photographer (who’s known for shooting in an even more cramped apartment space).

Our Saturday shoot went well.  So when my partner, Dwight, called to say he’d found a space for us on Monday, we agreed to shoot a second time before Claudiu returned to Canada on Tuesday.  Feeling guilty over having forced us out onto the street because of his sloppy scheduling, Dwight had agreed to pay for a hotel room “with a view” for our shoot.

I wasn’t expecting much, given the location:  an industrial section of Long Island City, across the river from Manhattan.  It was conveniently close to the studio, so transporting the gear was not hard.  When we arrived I told Claudiu and Alex, our stylist and production assistant, to take a few minutes to explore the neighborhood and suggested that they walk down to the waterfront while I went upstairs to set up.

As soon as I got to the room, the plans changed.  I was blown away with the view.  The contemporary hotel was beautifully-appointed and each and every room was west-facing with a classic skyline view of Manhattan.  Glancing out the window I saw that we were within a half hour of sunset and I wanted to capture some views of the city by day.  I called the guys and told them to turn around and head upstairs immediately.  Golden hour was just setting in when our cameras started clicking a few minutes later.  It was quite the treat for our out-of-town model. 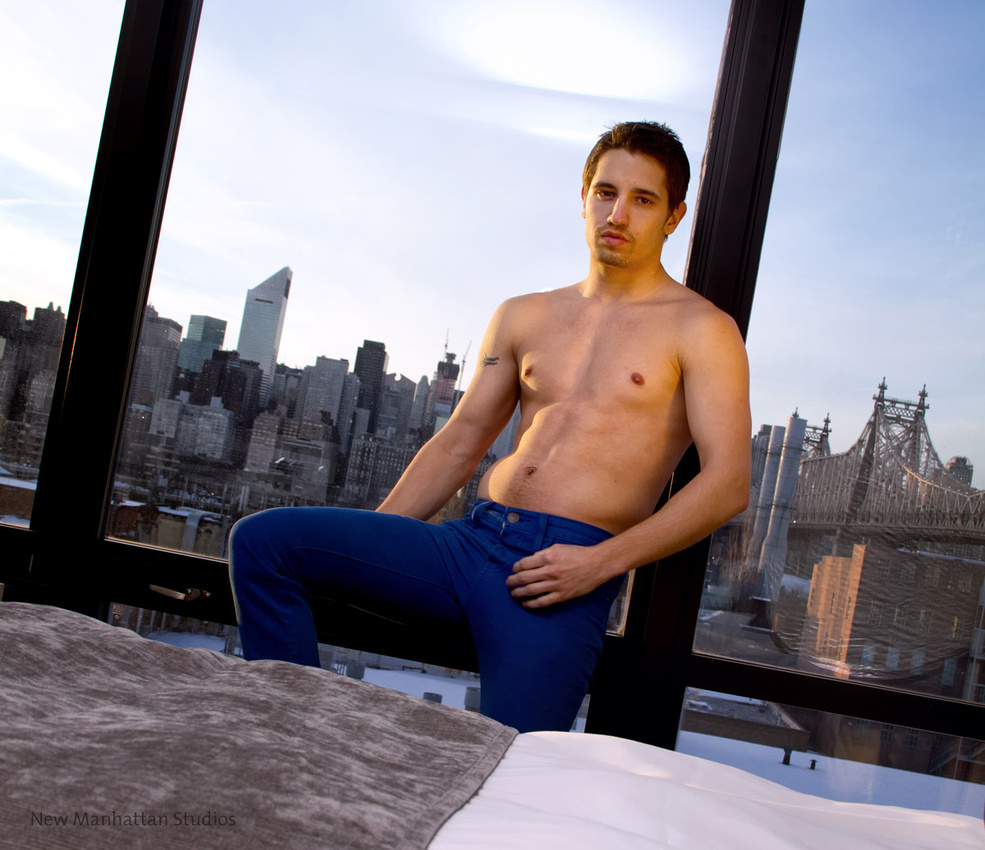 By night, the view was even more impressive and lushly romantic.  But it was also a huge challenge to photograph.  Finding the sweet spot to capture the lights of the city in the background while having sufficient light on the model and not casting reflections in the windows was a trial-by-error exercise in a small room with limited shooting angles.

You’ll see snow on the rooftops in some shots in Claudiu’s gallery.  You’ll also see a prominent red prop in other shots.  This was mid-February.  I felt badly that Claudiu was missing Valentine’s Day with his girlfriend.  It was my intention that he would take our prop home with him to Toronto and share the chocolates with her.

Well, so much for the diets of models!  Between Claudiu and Alex, by the end of the shoot our prop box of chocolates was empty!   His girlfriend had to settle for a video presentation of the photos from his trip to New York.

Claudiu's work with the studio was featured on Favorite Hunks in April of 2014.

Claudiu is one of six models featured in the studio's 2014 Models Portfolio: