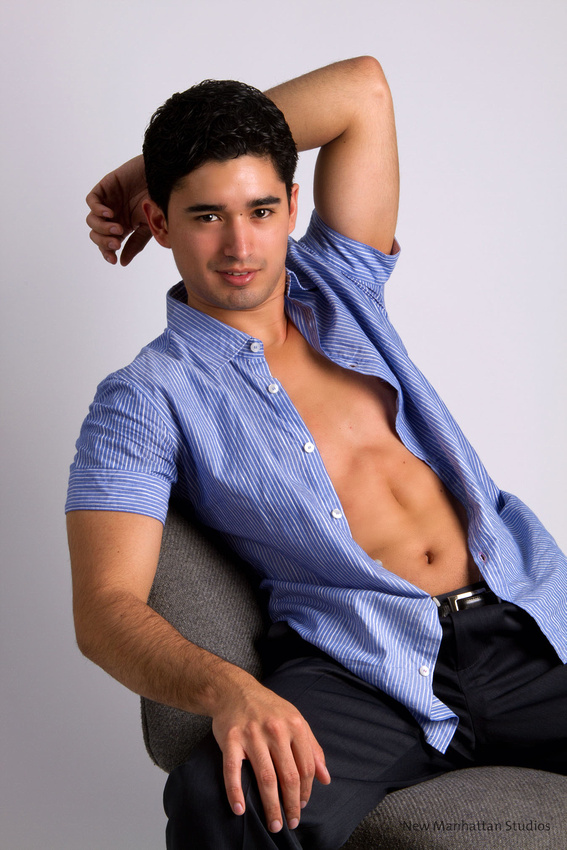 OK.  What’s with that guy who's been in the background on so many of these blog entries?  Clearly it’s time to call him out from the shadows and identify him.

And he has every right to come out of the shadows.  Our stylist and production assistant is also the studio’s most popular model, Alex.

Unfortunately, the work from Alex’s second session with the studio, taken a few weeks later, was lost when a hard drive failed.  But by the end that first summer, Alex had already become a regular model for the studio.  Two trips were made into the Catskills that August that resulted in the studio’s first publication, Sunset Meadow.  And by Labor Day weekend of that year, we had started the first of our work in Westchester county, in the Hudson River town of Cortlandt Manor, leading to a second book to feature some of Alex's images.  Work from these early sessions can still be seen online.

Pursuing a career as a physique and underwear model, this Colombian-born New Yorker has worked with dozens of photographers in New York City, the northeast, California and Florida, including some of the best fashion and physique photographers in the business.  And in short order, this classic Latin beauty became the studio’s most-photographed model.

With his ever-cheerful presence always welcome in the studio, Alex started working as an assistant and stylist in early 2013 and by year’s end he had worked more sessions behind the camera than in front.  (And that's no small accomplishment, given that we have had more than a dozen formal sessions with Alex.)

Model, production assistant, stylist, talent recruiter, chauffeur and friend, Alex has become the studio’s right hand.  So it is fitting that we celebrate Alex’s upcoming second anniversary by releasing some of his more recent, unpublished work.  (There is, obviously much more and most of it will eventually appear here.) 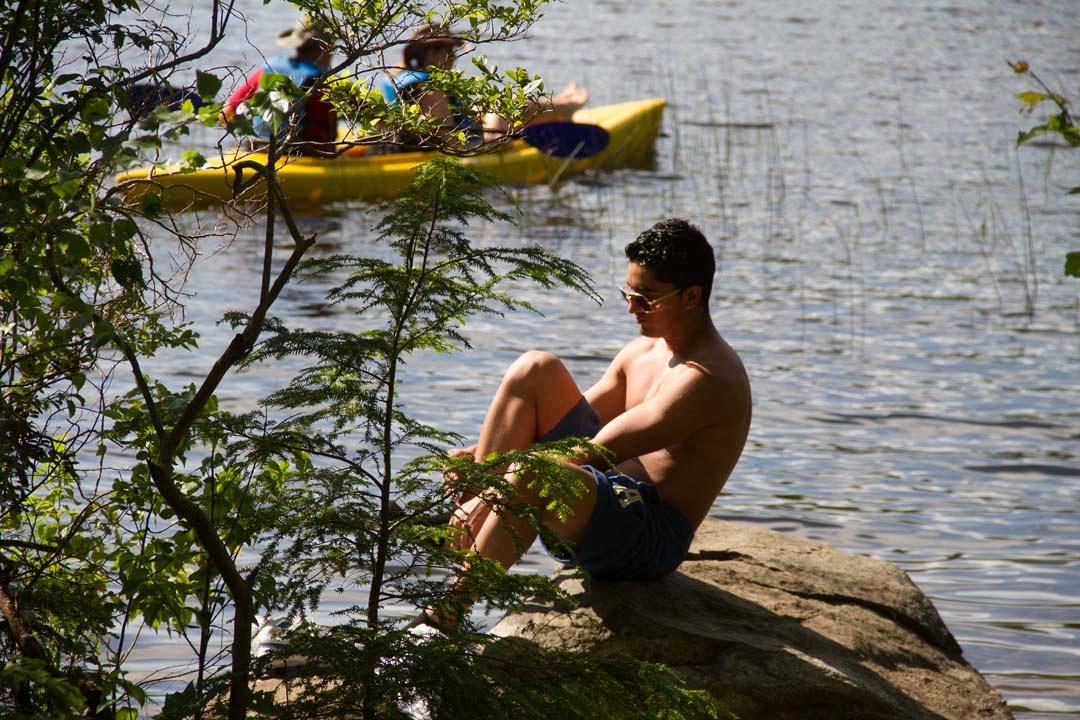 Alex's newest gallery features work taken in New England last summer.  He assisted on many of the photo sessions that we held there in the creation of the art used in our upcoming book.  From July through October, Alex spent several weekends in the Berkshires.  With all that time logged in the area, it was only fitting that we included some of his images from later in the summer in the new book, Berkshire Place.

But Alex's new Berkshires Gallery contains mostly unpublished and unseen work.  Never intended for use, these shots were taken in the early summer as we scouted the area for shooting venues to return to later in the season.  Most of the pictures in the gallery were taken around Benedict Pond (the last two were captured at one of the fabled Victorian-era estates for which the area is famous).  Surprisingly, as beautiful as this location was, we never returned.  Alex is the only model we shot on this perfectly-placed rock in a halcyon pond, just feet away from where the Appalachian Trail runs through Western Massachusetts.

It was a short informal session.  But the work deserves to be seen. 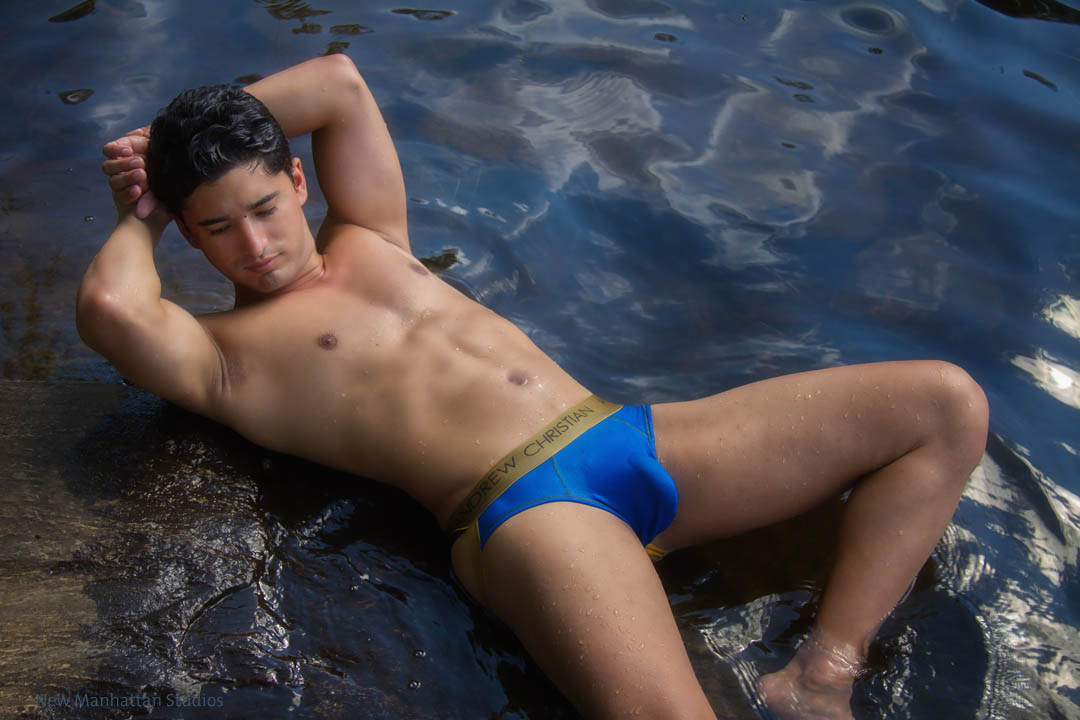