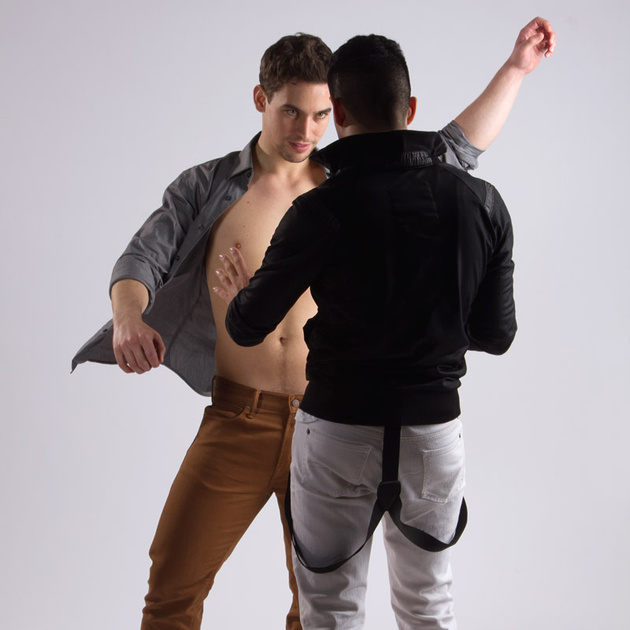 This was our new model's first professional photo session.  And our first session in our new Long Island City facility.

Whatever apprehension we may have about our ability to get models off the island of Manhattan (even just one subway stop off the island) was put to the test our first time out.  In early January.  In the snow.

New York had just had one of the several major snow storms that have blanketed the city this winter.  And Bond's first session had to be postponed due to the storm.  But shortly after the snow stopped falling (and long before the streets were cleared) this eager new model was ready to shoot.  Turns out, he's from Buffalo; a little bit of snow—hell, a lot of snow—isn’t going to slow down this 25-year-old!

It was worth the wait, as I'm hoping you'll agree.  Inside the studio, the heavy winter coats came off.  When the hot studio lights came on and the shirt came off, Bond was sporting one impressive physique.

A serious body-builder, it's obvious that Bond spends a good deal of time in the gym.  But it doesn't stop there.  He is an avid outdoorsman and an eager participant in just about any sport you care to name.

Here are a couple of behind-the-scenes shots.  New to modeling, Bond was an eager student for Alex's posing tips.  Alex is the studio's new stylist and production assistant.  (But you’ll probably recognize him as one of the studio’s most popular models.  He has several galleries on the website.) 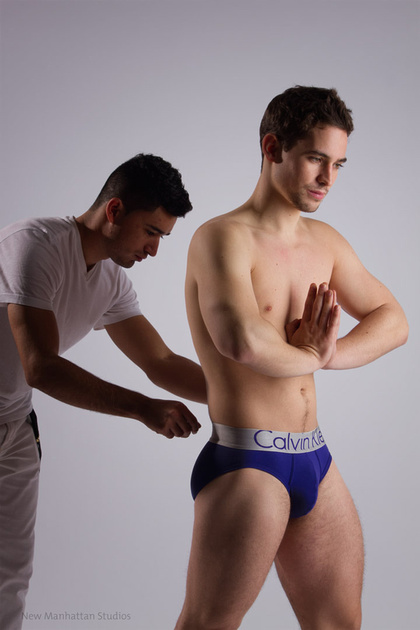 Be sure to check out Bond's new gallery on the studio’s website.

And stay tuned for more.  We just finished his second session and Bond is one of six model's being featured in the studio's 2014 Models Portfolio, Gramercy Square, to be published in the fall of 2014.

And there's something even more promising. . .and a bit unusual for us.  In the works is a session with Bond, Alex, and a Ukrainian model and several horses. But that's for later in the year.  In warmer weather.  Watch this space!  [2019:  The session occurred on schedule.  It was recently published as Lancaster County.]