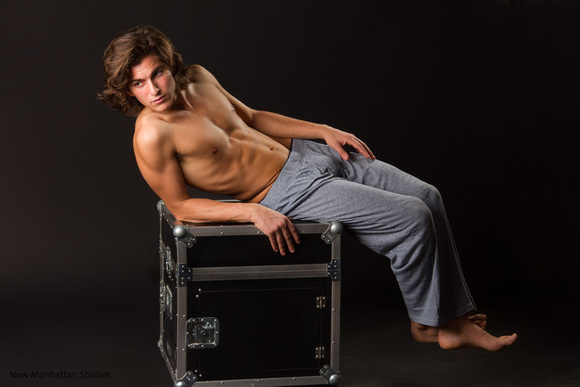 With several major projects in the works at the end of the year, December has been a light month for opening new model galleries on New Manhattan Studios' web site.  Nonetheless, we couldn't let Christmas pass without a special posting for the fans of the studio's models.

We're celebrating Christmas with a distinct European flavor and a handsome young Italian who would have been a worthy model for Leonardo Da Vinci or Michelangelo.  His Centurion looks are so classic as to suggest he could have tumbled off an ancient Roman coin.

Since his was one of the last photo sessions of the year, it's only fitting that his should be the gallery to close 2014 at New Manhattan Studios.  It's also worth noting that in so doing we have bookended the year with Italians.  Back in January, our first model in 2014 was Bond, an Italian-American model originally from upstate New York.

We captured Marco in mid-November just a few weeks before his 22nd birthday and his return home to Naples for the year-end festivities.  A busy student in New York, he is hitting the modeling agencies and studios around the city, picking up work to offset his college costs.  You can check out his gallery here or view a video presentation of the full set of images from his shoot. 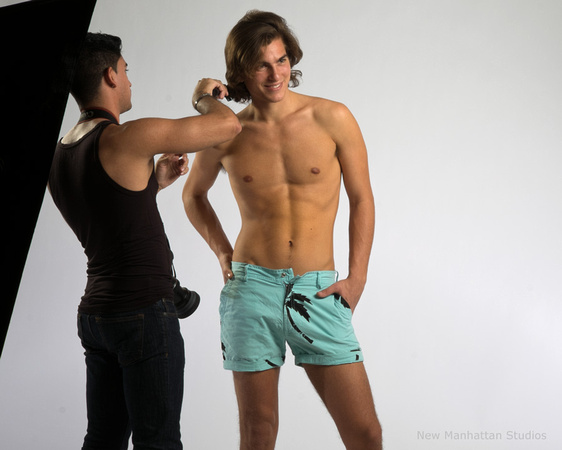 the and with the height and bearing of a model, we expect to see more of him in 2015, perhaps in GQ or the Italian edition of Vogue.  At the very least, we'll be seeing more of him here at New Manhattan Studios.  When he returns from his Christmas holidays in Europe, he's been booked for a second session with the studio in late January.

Given that Marco is the sixth Italian or Italian-American model to pass through the studio in recent months, our editor is actively promoting a new art photography book, Italians in New York.  It's an interesting concept, let's see where the January photo shoot takes us.  The prospects of starting such a project is enough to brighten the bleak winter days that follow the festive holiday season.

In the meantime, everyone at New Manhattan Studios wishes you a happy holiday season and joyous new year.  Or as Marco would say, Buon Natale.