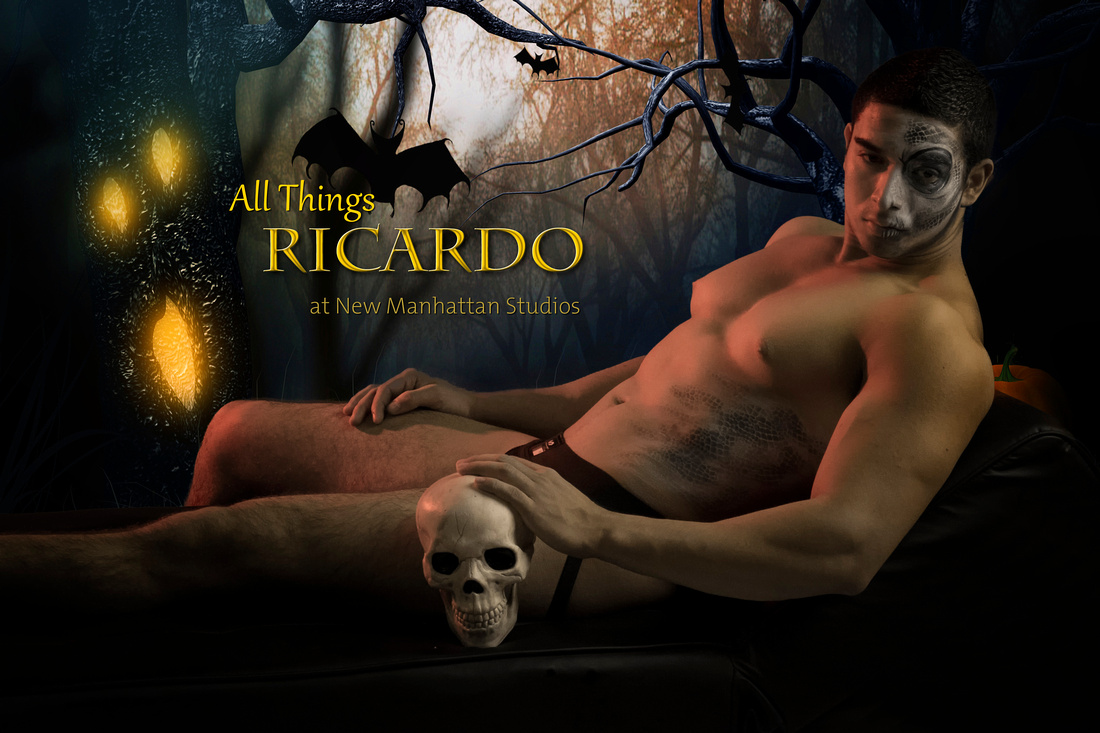 Our Halloween Goblin for 2016

With a quiet demeanor, this 24-year-old Colombian-American boasts one of the most impressive physiques in the studio's portfolio.  When the Halloween shoot called for a "hulking big scary," Ricardo was an easy choice.  The model epitomizes the classic image of the tall, dark and handsome Latin and can pull off the roles of bad boy and classic physique model with ease.  The studio has documented Ricardo's progress in the gym since shortly after his 21st birthday.  The studio's most recent work with Ricardo, "A Dark and Stormy Night," is featured in Captured Shadows #3.

Click on the links (in red) below to find

A DARK & STORMY NIGHT  Behind the Scenes Creating a Photo Fantasy

VIDEO PRESENTATION of Ricardo's first work with the studio in 2014

PHOTO GALLERIES of Ricardo's photo sessions with the studio.

Ricardo is featured in the following studio publications:

Ricardo:  The Private Portfolio, a 3-year retrospective of the studio's work with the model, will be published in 2017.

Read about Ricardo's Photo Sessions on the studio's blog:

ALL IN THE FAMILY

ALL IN THE FAMILY, Episode 4

Ricardo is featured on Favorite Hunks at the following links