All in the Family II. (The Second Family) 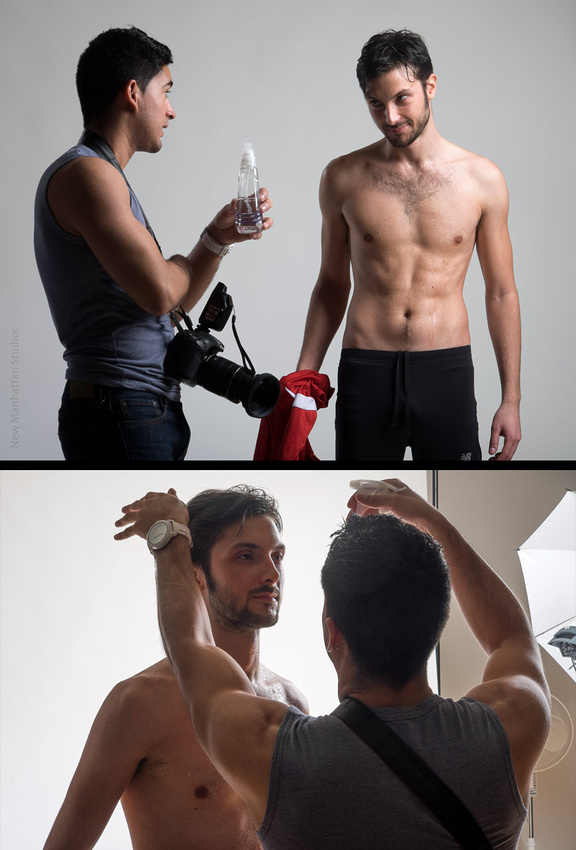 It is not often that one model refers another one to the studio.  It is rarer still when a model recommends a family member.  But it happened three times in 2014:  one model referred his wife and two models referred their brothers.  Such is the case here.  Matteo was referred by his kid brother, Luca.

We first worked with Luca last spring when he arrived as a friend of the studio’s assistant photographer and stylist, Alex.  While it was his first photo shoot, in no time we were charmed by the model’s poise and grace. (And I have since learned that I am not the only photographer who loves working with dancers).   So when, at his second session with us last fall, Luca asked if we might be interested in shooting with his older brother we responded without hesitation, “Yes.”

Luca is a professional ballet dancer from Milan.  His brother is a student and soccer player in Milan.  And while Matteo would be visiting New York during his Christmas holidays, the window of opportunity was not large.  Given the studio’s schedule (and being closed for the second half of December), we wound up with only one feasible shooting day in January, literally on Matteo’s last full day in the States.

While there’s clearly a physical resemblance, the two brothers do not appear to have all that much in common.  Luca, at 21, is a classically trained ballet dancer who has been dancing with troupes in the US for over a year now.  He described his other brother as “the hunk” in the family.  Matteo, at 26, is finishing his studies in pharmacy in Italy.  Despite being an avid soccer fan and player, he was quick to describe his kid brother as having the better physique.

As with his younger brother Luca before him, Matteo had never posed for a professional photo shoot before. 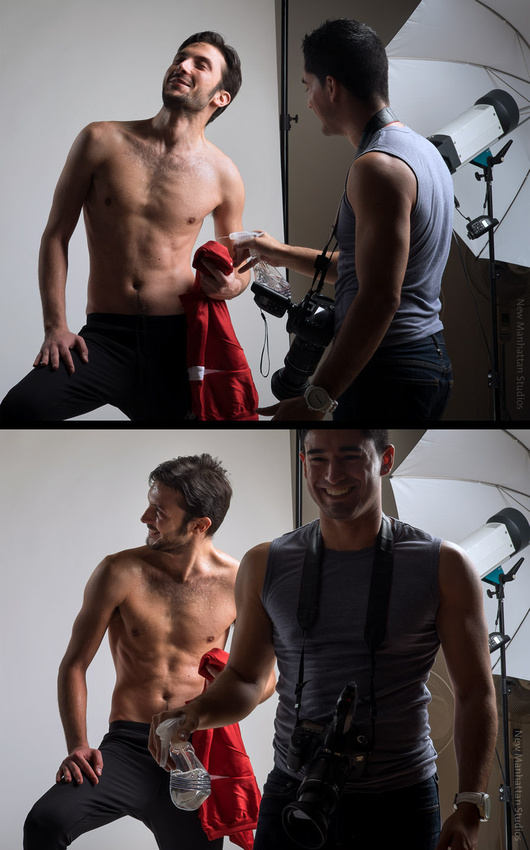 Luca was to have accompanied him, but on the day of his session, Luca was detained in rehearsals and Matteo made his own way to the studio.  Since it was his first time doing work like this I thought it might make the new model less self-conscious if his kid brother weren’t in the room watching.

Well, we had barely begun to work when Luca showed up at the studio.  Rather than wait patiently in the dressing room, he took a seat toward the back of the studio and busied himself on his phone while his older brother was busy at work under the bright lights on the other side of the room.  The two guys seemed so relaxed around each other that we asked if they’d pose for a few shots together.  And they did.  A handful of the photos might make their way to the family mantle place.  The guys were good sports.  Half of the pictures clearly will not wind up on the mantle!

Ultimately we worked with both brothers that day in early January, so we are pleased to announce that there will soon be a second gallery of Luca’s pictures opening up on the site.  (Maybe we’ll even include some of the “family pictures.”)  But something else is in the works, too.  Luca and Matteo were the fourth and fifth Italians to work with the studio in the last few months.  (See also Bond, Michael and Marco.)

You’d expect us to notice the trend, and we did.

And we intend to capitalize on it.  A new book from the studio is in the works.  Over the coming months we will be searching for more models to fill a book on Italian and Italian-American models.  If you care to recommend anyone, just shoot a note to [email protected].